The titans of Norwegian indie-rock are HIGHASAKITE.

Formed around the core of singer, composer and poetess Ingrid [Helene Håvik] with the talented keyboardist and composer Marte Eberson, that band rose to prominence in their home state in 2012 and have won many awards and plaudits since, as Pop Group of the Year, winning the coveted Bendiksen Award and gaining a valuable slot touring with Icelandic band Of Monsters and Men.

Although the group is considered to be an arena band and household name in Norway, their music is yet to penetrate mainland Europe, though rumors of their sound, style and sophistication has definitely started to filter across the continent.

We arranged to talk to the band at this year’s Great Escape Festival, in Brighton, ahead of an important industry showcase in town, before continuing on a European tour that sees them take in British dates, as well as shows in other major European cities.

Their new album “Camp Echo” is released this weekend.

What does the Great Escape mean to you?

It’s a nice festival, a great chance to allow people to come to understand the meaning of Highasakite. It is not the first time we were here, we were here about two years ago, but now we come with our new album, “Camp Echo.”

Yes, we have been listening to “Golden Ticket” (taken from the album) and we thought the song was about getting away from ‘the real world’ by crawling into a mind and hiding in a recesss until it’s all over. Are we on the right track?

Yep! That might be what the song is about. We do not know. It has different meanings for different people. This is the point. We allow the messages not be clear, we do not want to go on about meanings …

Why is it called “Golden Ticket” ?

Ingrid: Because that’s the title of the record… That’s just the way I felt when I wrote it …

Doesn’t a Golden Ticket feature in Willy Wonka & the Chocolate Factor ? Is that a clue?

Nope. It has nothing to do with Willy Wonka.

You have performed “Golden Ticket” live now, how did that go?

Yes, we performed twice. Once for television. It went well.

How do you manage to replicate the studio sounds in a live show?

Most of our songs have been brought together by the band, who add elements to the song, in the rehearsal room. That’s before going into a studio. The songwriting and lyrics, and the image and structure, has already been conceived by Ingrid, other band-members add sounds and textures to those concepts. So most of our songs have already been thoroughly tested as live-songs, in the rehearsal rooms, before making it in the studio. 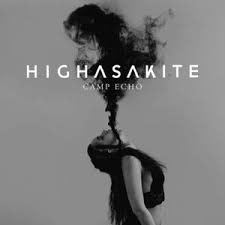 Tell us about “Camp Echo”

Most importantly, the album is not “about” Camp Echo (one of the military detention camps at Guantanamo Bay) it’s merely called “Camp Echo.”

Camp Echo is evocative. It’s a curiously musical name. And, funny enough, a lot of American summer camps for children and young people are called “Camp Echo”. Perhaps that is more central to the idea than Guantanamo, we do not know. But the songs are dark, even if they have moments of brightness and clarity. The album is called Camp Echo, perhaps because it seems so dark.

Are you excited to take the album into the UK and Europe? What are your expectations?

We have no preconceived expectations. We are happy to see the British public having fun, but we do not know how our sounds will be received or approached.

Why write and sing in English?

Ingrid: English is, for me, the language of music. People in our country have always listened to songs in English. Our parents listened to the Beatles, Rolling Stones and American Jazz. Now the Norwegian youth listen to English lyrics. All songs are in English.

Would you ever write a song in Norwegian?

It’s not something we have decided to do, but we can do it some day, maybe.

What’s the plan for the next twelve months?

At this time, the tour. And then we’re doing some great summer festivals. No rest, though.

Thank you Highasakite and congratulations on a super new album and good luck with your tour.

Highasakite were talking to @neilmach at The Great Escape, Brighton.