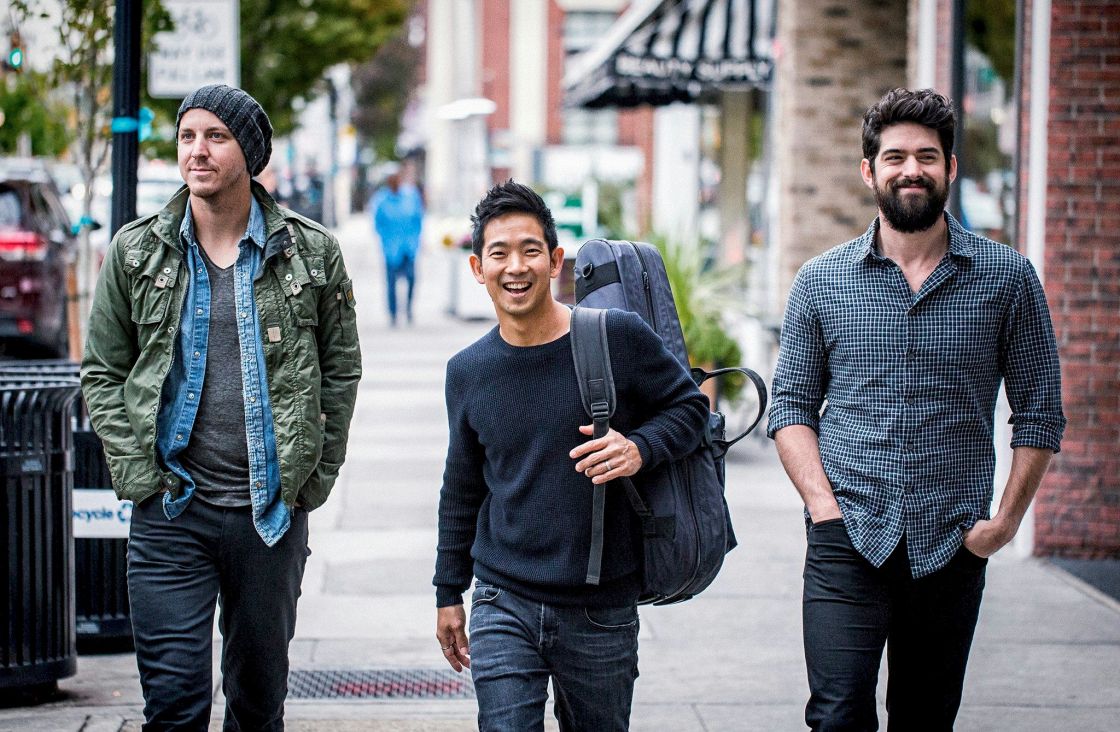 Just when you thought it was safe to put your ukulele back into its case, the undisputed genius of the four-stringed machete comes along to bring us the kind of epic magic that you wouldn’t think could possibly exist in this drab universe…

The Honolulu born, Japanese-American, award-winning ukulele virtuoso JAKE SHIMABUKURO has redefined what can be achieved with this simple instrument for more than 20 years. He brings artistic jazz, blues, and masterpieces of rock to the ears of a wider audience.

On  Valentine’s Day, 14 February 2020, he returns with a new album titled “Trio” his first for Music Theories Recordings, a division of the Mascot Label Group. Along with Jake, the recording also features Dave Preston on guitar and Nolan Verner on bass.

For five years, bassist Verner has been a constant presence on stage and in the studio with Shimabukuro, and two years ago, guitarist Dave Preston joined the team. The three musicians clicked so well together during the recording of Shimabukuro’s 2018 album, “The Greatest Day” that the ukulele master resolved to document their sound conjurations in a more official way by creating a fresh album that would properly acknowledge their complementary genius, thus “Trio” was born..

“When The Masks Come Down” is dark and majestic, but with the trills and associated tips of the jumping flea that you’d probably associate with a speedily-finger picked chordophone…

But there’s more… this has characteristically sharp slices of glass-crisp, stiletto thrusts of sound that seem pushed hard into the general hairstring of the song’s yank and yarn. So, this is a rock thing. But it is also a jazz thing. It’s about conscience and regret. And this track is an intoxicating instrumental and a refined start to an intriguing album.

“Twelve” starts off gentle and haunting. But soon rushes into a state of wild urgency with an insistent riff and a spine of incredibly rubbery bass notes.

“Resistance” is semi aquatic, like half a whale song…  but it’s aerial too… as if it’s being performed to a bird of paradise. With a symbiotic, shimmering flow and some deep water waves of sound, this is filled with heavenly glow.

“On The Wing” is a gracious and comforting piece, with debonair George Harrison-style guitar pennants and masterfully snappy plunk ‘n’ pluckiness.

Check their version of Pink Floyd’s “Wish You Were Here” (shared below) with seagulls screaming, waving clouds, clicks on the boardwalk and parasols gliding in the afternoon sun… it has all the promenade hustle & bustle you’d expect from a day at the seaside. It’s a beautiful and poignant too… a fitting dedication to poor Syd Barrett.

File alongside: classic Mike Oldfield
TRIO will be released on February 14, 2020.