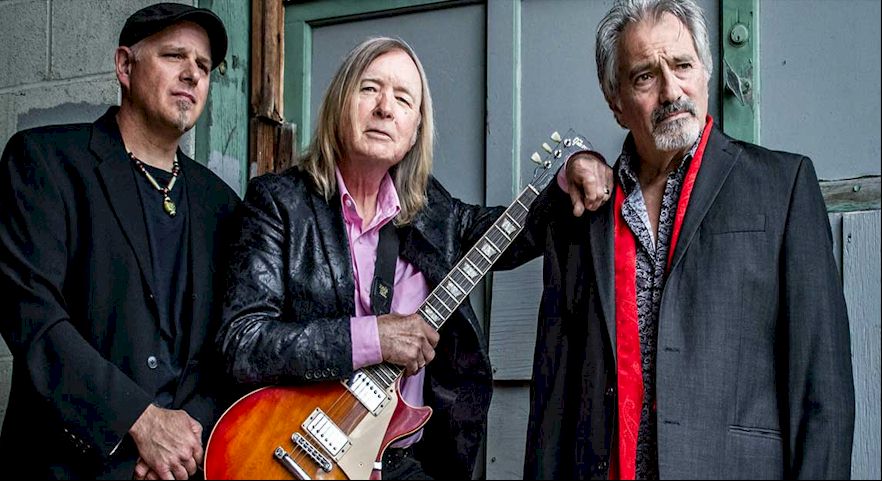 SAVOY BROWN (originally the Savoy Brown Blues Band) was formed by Welsh guitarist Kim Simmonds, one of the leading architects of British blues, with blues harp John O’Leary in Soho, 1965.

They called themselves Savoy Brown because they wanted their listeners to connect to a Chicago Blues type concept. The early gigs included performances with Cream and John Lee Hooker.

The band, now with Simmonds on guitars, keyboards, harp, and vocals and Pat DeSalvo on bass plus Garnet Grimm on drums, are about to release the vinyl of their exciting new album, persuasively called: “Ain’t Done Yet” CD out now via Quarto Valley Records.

“Devils Highway” (shared below) bobbles along as it sparkles with super-celestial guitar. This is restrained, though tasteful, with unbuttered vocals that might be juiceless enough to be considered defeatist but the words are, in fact, pragmatic. This is as dry as a hogback crosswind. Penetrating!

The title track “Ain’t Done Yet” is a swanging, jabbing, and vibrant boogie with a traditional beat and brilliantly inspired guitar-work. This takes you back to those better days at Klooks Kleek, ’65.

“All Gone Wrong” has a motorating vibe with a dark rubber riff and a set of needy, push-along rhythms. The voice is tar and putty, spaded thick — and is sticky enough to fill the cracks in the musical plaster. In other words, it’s a rocking blues joytrip!