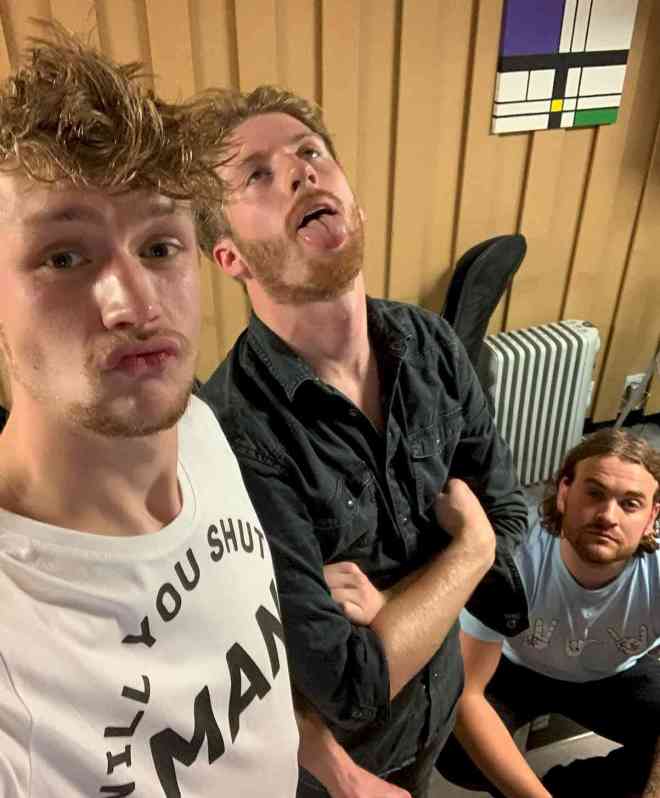 With their stonking beats, granulated riffs, grunge-style guitar-play and punk-style angst you’d think the uproar created by this Nuneaton, Warwickshire, UK trio wouldn’t have a single jot of lyrical angst in it, wouldn’t you? But you’d be wrong…

In fact, we already all-figured-out via their earlier issued (May 2019) extended play, usefully titled “Figured It Out”  that their lyrical poems were more than merely boisterous ‘n’ larky knockabouts but actually well-crafted interrogatories.

For example, “Tell Me Why” (which we reviewed way-back in April 2019) is super-slick and had a corpulent bass-line, a markedly efficient drum, a nifty doo-wop chorus and some crafty guitarwork; but it has patient endurance at the heart of it.

This 2021 release of these songs, titled “Don’t Threaten Me With a Good Time” isn’t actually a capturing of subsequent sounds but rather a consolidation of nearly ten years of playing, writing and performing together, so it features work from across the entire creative period — ( i.e. “Dexter” was probably the first song the lads ever wrote, whilst still fresh-faced college students).

The newly self-released album — by Ash Tustain on lead vox & guitars, Atticus Hall-McNair on vox & bass, and Jack Cotterill on drums/percussion — is recorded and produced with Dave Draper (The Wildhearts) and encompasses all those audacious songs from across the catalogue, songs that ponder change, loss, and self discovery.

All the tracks are, of course, delivered with characteristic Dig Lazarus whirl-around & dynamic geomechanics. In other words: this is energetilectrifying!

File alongside: The Subways x Blink-182