Our critics are really getting thrilled about next years HRH BLUES FEST. They have already chosen three of the hottest blues artists out there for you to check-out before participating. We hope you are as excited as we are… 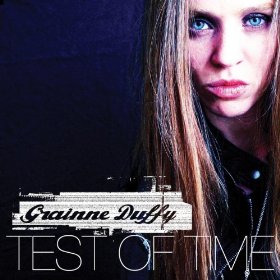 Gráinne is an Irish singer-songwriter from Castleblayney, Co. Monaghan, Ireland.

Gráinne has already worked with such prominent artists as Robben Ford, Dino Baptiste and Shawn Jones.

She was recently asked to record Oleta Adams’ “Get Here if you Can” for the BBC in George Martin’s renowned Air Studios in London.

Gráinne’s version of “I’d Rather Go Blind” (Ellington Jordan / Billy Foster) has loquacious guitars that run like syrup down the deep lips of the sentimental imagery.

Her voice purrs long low notes – but it shines like the stars of the night when it reaches the upper echelons of passion.

Her honeyed guitar-play sings like the golden threads of her hair – blowing freely in the breeze.   This interpretation is virtuous and devoted.

We were lucky enough to see the swaggering heavy blues-rock spectacle that is ‘Crowsaw’ at the Highway To Hell finals 2013 in Glasgow. Their blues-show is tight as a sporran – and about as hot as the liquid sun. They are raw and in your face … these guys are not messing about.  They’re on a mission to address the balance in this wicked universe … and they’re gonna use rocking-blues to achieve their revolution.

‘Voodoo Temptation‘ has red-hot pokers of forking guitars and the kind of insistent beat that will keep you up all night.

This is sweltering stuff.

“Mysticssippi” blues man Harry Manx has been called an “essential link” between the music of East and West, creating musical short stories that wed the tradition of the Blues with the depth of classical Indian ragas.

Harry’s signature instrument is the  20-stringed Mohan Veena (created by Vishwa Mohan Bhatt).  Touring with the Harry Manx Quartet he will be bringing his  his exotic and inventive sounds to the UK next spring.

His sounds are often smooth and mystical rather than red-hot blues pieces … take for example his interpretation of the Hendrix number ‘Voodoo Child’. This is as gentle as moonlight and will soothe your pain in a warming wrap of massaging sounds.  It is a soft den of elemental energies.