The iconic thrash metal outfit BODY COUNT are thrilled to further celebrate their critically-acclaimed sixth album “Bloodlust” as they kick off a string of festival appearances and one-off headlining stops across the U.S. and Europe starting tomorrow, Friday, May 18th at the prestigious Rock On The Range Festival in Columbus, OH.

After that, the band will stop by The Marquee Theater in Tempe, AZ on May 25th for a one-off headlining show before shipping overseas to appear at some of Europe’s largest festivals including: Download (UK), Hellfest (FR), Graspop (BE), Tuska (FI), With Full Force Summer Open Air (DE) and more. [Full list of Euro dates below video.]

Having received a standing ovation following their live performance at the 60th Grammy Awards Show earlier this year, where they earned their first-ever nomination for “Best Metal Performance” for their controversial, yet inspirational, single, “Black Hoodie ”BODY COUNT are ready to court controversy again as they unveil a music video for the emotionally charged single, “All Love Is Lost” [shared below]

Co-written by Max Cavalera (Soulfly, Cavalera Conspiracy) “All Love Is Lost” explores the consuming feelings one has after the betrayal of trust from a loved one. ICE-T enlisted his LAW AND ORDER: SPECIAL VICTIMS UNIT (NBC) co-star Kelly Giddish to play the vindictive lead.

ICE-T adds,“I think EVERYONE can relate to this song. Co-written by Max Cavalera. Starring Kelli Giddish from SVU. The favourite song from BloodLust on SiriusXM Liquid Metal. So we had to do a video.”

With a video directed by Jay Rodriguez (Itchy House Films) the video for “All Love is Lost” is taken from the album ‘Bloodlust‘ released via Century Media Records in 2017. 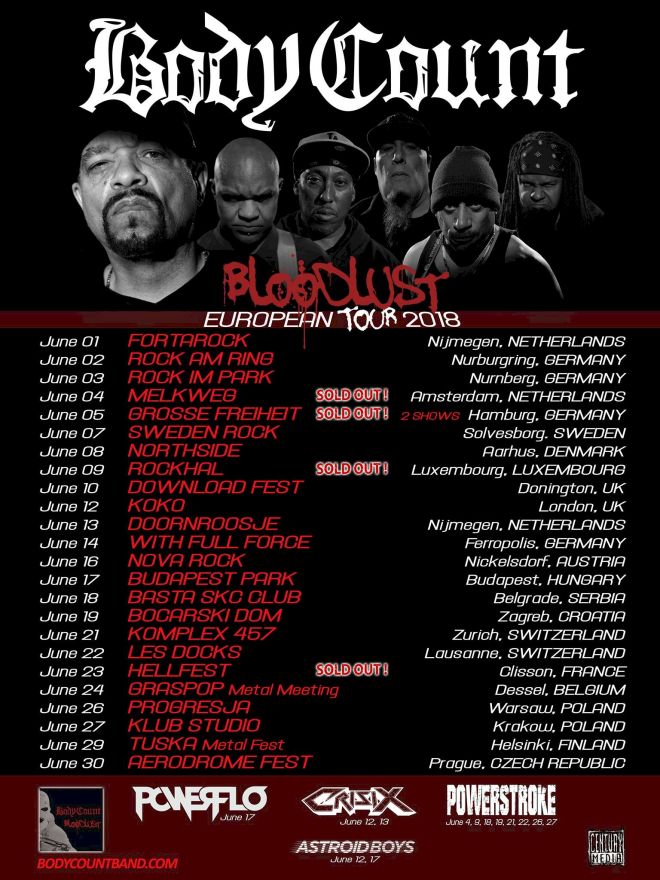