Fresh from his European & British G3 tour with Joe Satriani and John Petrucci, the onetime Scorpions maestro is considered one of the most dazzling guitar players in rock history.

His wizardly style was forged in the late Sixties, when he was still in his teens. Uli played his first ever show in December 1968 — aged 13 — and to celebrate this extraordinary length of service he will play six exceptional UK concerts [see dates below] —

The two hour-plus programme will consist of carefully selected highlights from Uli’s genius that spans five decades! And it’s true that this advanced practitioner keeps on getting better… as demonstrated by his astounding and compelling recent appearances on the G3 Tour with fellow virtuosos Satriani and Petrucci.

More recently, Uli has made successful sojourns into the music of his earlier Scorpions days, and this resulted in the superb “Scorpions Revisited” and the Tokyo Tapes Revisited — Live In Japan. The UK 50th Anniversary set will include the best his timeless material, including: “The Sails of Charon”, “In Trance”, “Fly to the Rainbow” and many others. 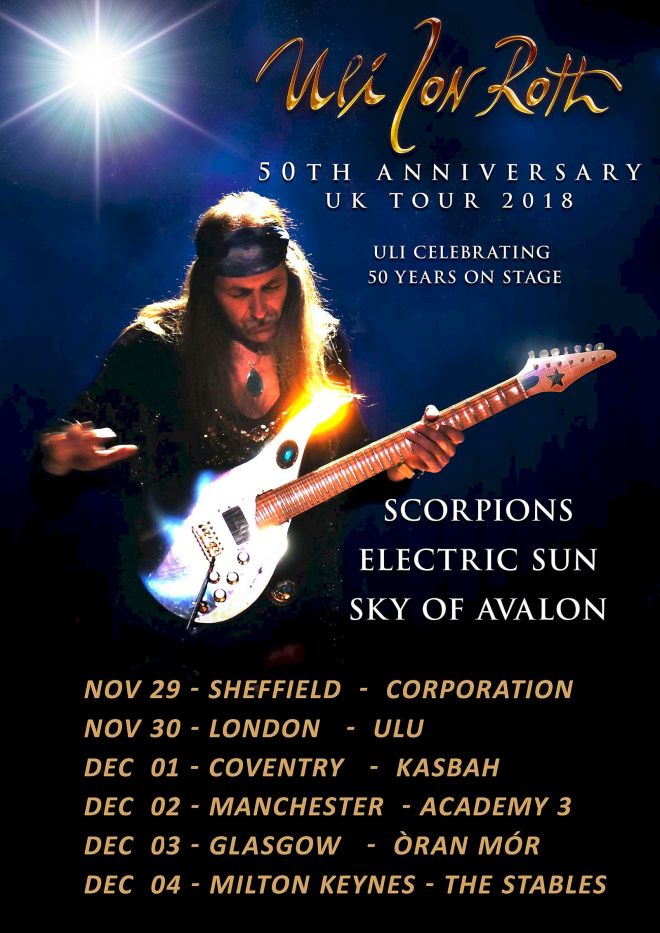