WILLE AND THE BANDITS — Paths

We’ve been fans of WILLE AND THE BANDITS since before “Grow” (2013) — their first nationally distributed album — and their “bluesy numbers with cloppy rhythms, astonishing finger-picked dark spirits and fervent choruses…”

So we’re looking forwards to the success of the new album “Paths” due 1st February 2019. Wille & The Bandits have toured with musicians such as Deep Purple, Status Quo, Joe Bonamassa, the Jon Butler Trio and Warren Haynes. In 2014 they were voted in the Top Ten bands to see at Glastonbury. They played the Isle of Wight festival and the London Olympics.

“Find My Way” has already been released as a single; It is an energetic buzz that glistens with mature electrified juices. It digs an “Eastern” furrow and has harsher testification than an aggrieved witness at the trial of an unjustly accused grizzly bear.

But the album launch track “One Way” is a better way of introduction to the intricate ‘n’ bluesy call-and-response foot-tappers for which WATB are, rightfully, famous. This number has healthy throatiness, scattershot rhythms and focused lyrics.

Funky “Make Love” reminded us of the rhythmic rumble of King King perhaps with vocals that seem influenced by the distinctive plain-talking roughness of Lemmy. Impossible to imagine? Try this and you’ll see…

The psychedelic wonder “Victim of the Night” is one of our favorite tracks and reminds us of something you might have found on Red Octopus back in ’75. Yep, before you ask, it has guest vocals from the West County singer/songwriter Alex Hart and an unfolding organ. This is a smouldering paean to a toxic existence with pin-point guitars — they pirouette on a knife-edge — and has astonishing breadth of vision.

Sophisticated ballad “Four Million Days” builds an exotic sound landscape that could easily be described as prog. With ‘Mama Soul‘ voices and unlimited ambition, this is an epic number.

This album is not simply a vehicle for the trio to show-off their animated rhythms [Andrew Naumann], the miraculous finger-picking [Wille Edwards] or ingenious bass-play [Matt Brooks] … it’s more important than the sum of its parts. It’s an album that re-examines, re-evaluates and absorbs the best reflections of the late sixties and early seventies: questioning why the rich still benefit at the expense of the poor, and why our leaders have made such a gigantic mess of everything… with sounds that philander with Indian philosophy, and with lyrics that concentrate on exposing everyday corruption in our souls… Yes, this ought to be described as hippy-blues: existential and experimental and often recorded with vintage technology these songs have the kind of free-spirited enthusiasm that disappeared along with artists like Country Joe and the Fish way back in 1969.

To be considered alongside Johnny Winter, Canned Heat and Ten Years After 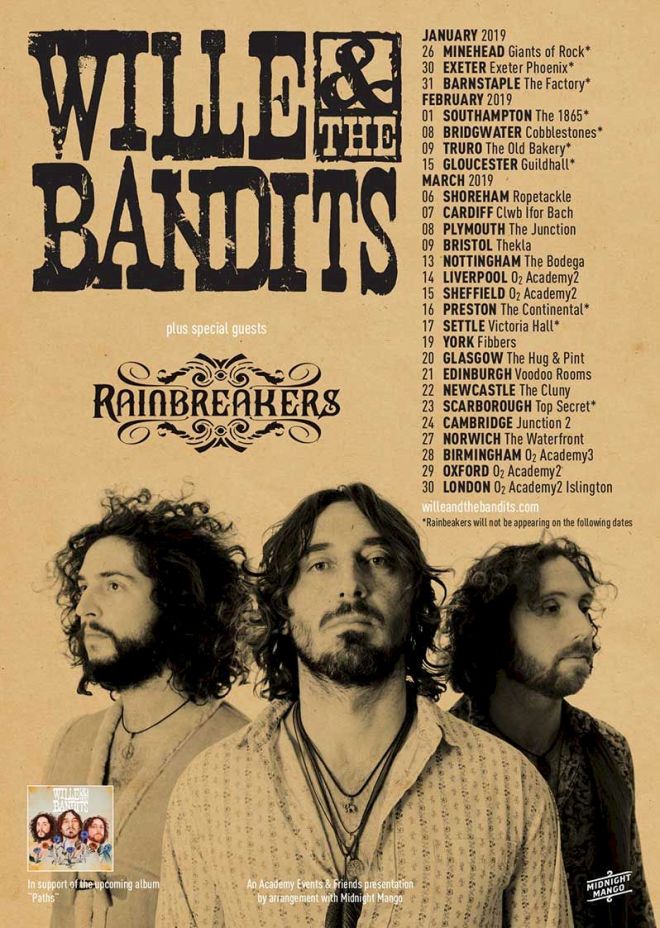