AT THE SUN — Tour Dates

London band AT THE SUN create classic sounding hard ‘n’ bluesy rock and roll tunes. They’re a heavy, groovy, muscular, bop-rock band who have the rhythmic pedigree to progress to stadium level and even now would not be out of place at a veteran-rock jamboree down on Beale Street, Memphis — this brightly-burning band is, most definitely, for you.

If you’re looking for a band that offers sufficient excitement to knock your wackachookies clean off… you won’t find better than AT THE SUN. Their sounds are poignant, indestructible and completely seductive.

‘For us, it’s all about making music people can move to – music they can really feel!’ says founder Kieron Heavens. ‘We don’t buy into the idea of just getting things out there quickly; we take our time to make sure everything we do is the best it can be.’ 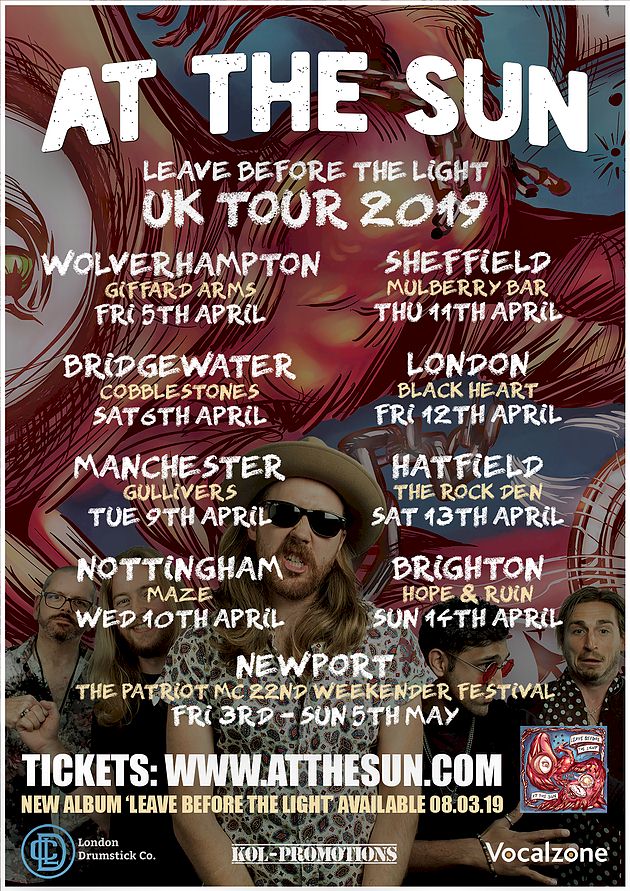