Widely regarded as one of the worlds most versatile guitarists, we chose Serbian ANA POPOVIC for our 2015 RAW RAMP list of Five Fabulous Women of the Blues.  Her career has been meteoric, and shows no signs of slowing-down…

In 1999, Popović formed the Ana Popović Band in the Netherlands. In 2000, she appeared, alongside Eric Burdon, Taj Mahal, Buddy Miles, Double Trouble, Eric Gales and others, on the Jimi Hendrix tribute album Blue Haze: Songs of Jimi Hendrix with a cover of the song “Belly Button Window”

“I hope that my music inspires others to motivate ladies all over the world to be successful, energetic, empowered women on a mission, and to motivate men to give them that chance...” says Ana.

The international guitarist will be embarking on a UK Tour this MAY 2019 with special guest BEN POOLE (EXCEPT CHESTER) dates below. 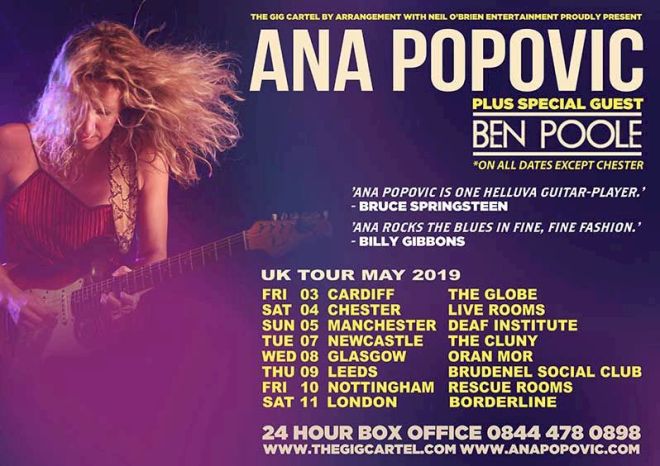