Where Are the Lad Bands? Our List of LAD ROCK BANDS 2020

Where are the lad bands?

In among the poodle-parlor strutters that mount their pelvic glamor shows for female rock audiences of a certain age, and the seriously harsh blues-grinders in their silky jackets and cheap shades — or their counterparts, the twiddly prog–musos in hand-me-down embroidered shirts, both genres reserved for 55+ “serious rock aficionados” — and away from the insipid screams of contemporary pop shite or the dreary/gloomy underbelly of urban-gangsta hip-hop… there used to (once) sit an expressive musical style that ordinary working guys could sing & dance to. We knew it as “Lad Rock.”

But if you go to a live music event these days and you look around … you have to ask: “where are the lads?” Remember Top of the Pops when OASIS showed up? The stage was surrounded by a crowd of young men  (hardly a ladette could be seen) who solemnly gathered, to take-in every breath, nuanced twang and snarled smile from an iconic/ironic hero. But where are the bands for working lads now?

Yes, we know that the spirit of Brit-Pop was cruelly taken away by the Spice Girls to be replaced by Verve, Coldplay, Snow Patrol and Radio-****ing-head… and, yes, we know that Brand Britannia is now decidedly uncool, while the lad-mags became worm-mulch and the best defenders of a generation became Flying Birds with Beady Eyes or Japaneezy cartoon characters… yet (like all New Waves) surely the lad band is due for a reprise?

So find out your track jacket and your bucket hat, slip on your Blue adidas Gazelles for dancin’ and grab yourself a cool lager… it’s time to take a listen to our top choices for 2020 New Lad Culture.

The Cowley, Oxford band’s “Into The Flames” was a slow-building, beckoning joy with gritty guitars, sirenesque vocals and a tremendous surge of something that felt like nostalgia. These guys are arty (sure) but that doesn’t stop them being thrilling & laddish. 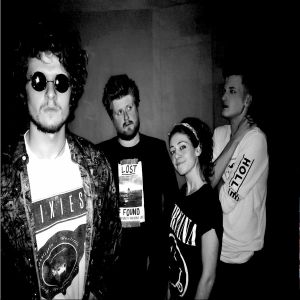 This West country synth-infused band bring cheerful dulcet and slightly psychedelic charms such as “Point Me To The Revolution.”

Oxford’s “best band” deliver Blurish, gem-like songs like All At Once. This one has clever bass-lines, singalong verses and some superlative moments of percussion.

ISLA are a three-pronged outfit from Brighton & Hove [Ed Brown, Andy Adams and Alex Woodward] who released a storming piece titled “The Verve” that was like The Lightning Seeds with Ian Broudie replaced by Tears for Fears’ singer Orzabal. In other words, this was a welcome wodge of drama, contemplation and undisputed passion.

Brighton’s Roma Palace are more like Gorillaz than BLUR. Songs like “Tell Me” have that bony bass and repetitive riff you’d expect from Brit-pop. The vocal is collected and patient. It’s kind of dancy without being girly. Know what we mean?

The Fuzzies are the most masterful song-builders in this competent & capable collection of new British rock. We’ve described their bouncy cheerfulness as “motivational dance-rock with sophisticated rhythms and melodies that grip your heart…”

Oxfordshire’s Easter Island Statues bring comparisons with The Strokes and Husker Du. Their recent “Teddy” has a bunch of tightly packed, ferociously strummed chords, a chugging vocal and plenty of intuitive, shouty charm along with nudging humor. 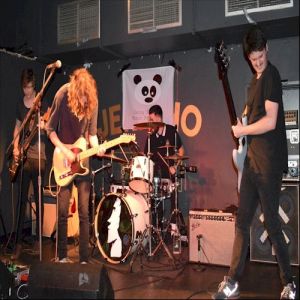 Twin showsters Dolly Daggerz (vox and, yes, pole) and Mickey Danger (guitar) are kinda like Deap Vally meet Slaves only with more Britpop attitude. And they bring along with them what seems like a bunch of rubber tractor tyres to burn while the acrid smoke from their blazin’ songs rises into a spectral sky. Songs such as “Whiskey” are ribald enough to seem scurrilous yet danceable enough to get you swaying under the glitterball with your pint. If sex, glamour, ostentatious dance-rock and panoramic singalong choruses weren’t lad-rock what was?

Agree? Disagree? More to add? Tweet us at @rawrampmag