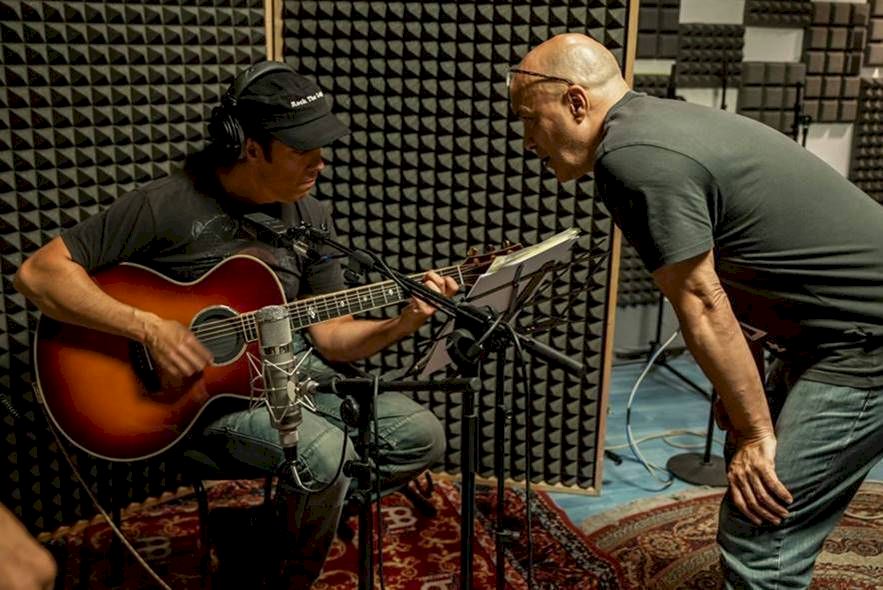 The new project from Danny Vaughn (the lead singer of Tyketto) and Dan Reed (the man behind the funk rockers Dan Reed Network) who have decided to merge their capabilities to develop a new joint live acoustic, touring act called SNAKE OIL & HARMONY have now released the lead single, titled ‘Last Man Standing’ taken from their full-length, debut album “Hurricane Riders” to be released late February 2020.

Dan Reed explains the song’s origins: “Often times on this road called life, we have to wonder if we will metaphorically be the last person standing in different situations, but when it comes to romance and love the stakes are the highest for the heart and soul.”

Danny Vaughn adds: “Last Man Standing illustrates the clockwork of our partnership very well. Dan trusted me with some very evocative music to paint a picture with and the ideas started coming immediately. The whole album is filled with moments where it’s difficult to tell where one man’s work leaves off and the other one picks up.”

The song has a conciliating roll, with all-embracing guitars and the kind of Jimmy Web-style country-rock melody that will melt your heart and wouldn’t have been out of place on the “Galveston” album circa 1969. It comes complete with an abundant and freehearted chorus.

Snake Oil & Harmony will release their debut album, “Hurricane Riders” on Friday 28th February, to coincide with their next tour, which begins in March 2020 (tour dates below.)