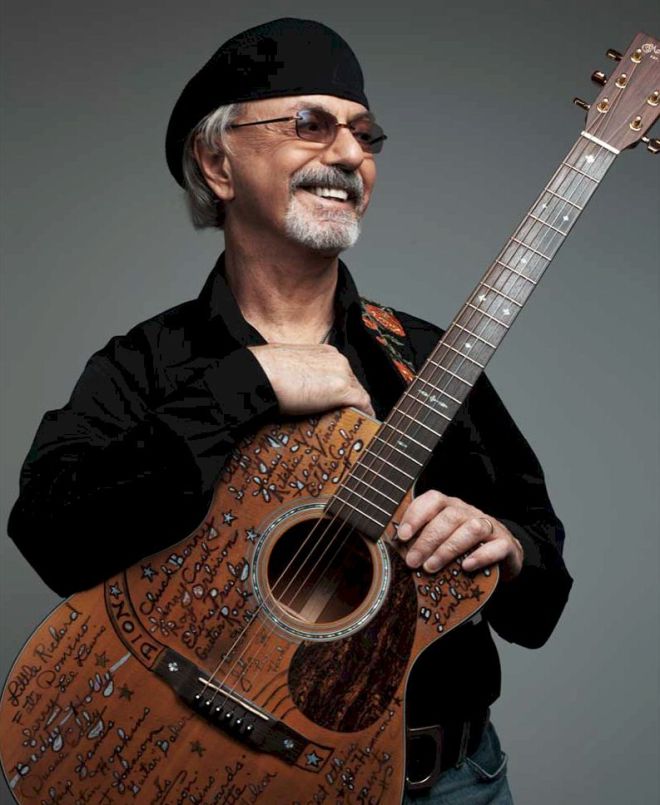 Rock ‘n’ roll elder statesman DION has released his sixth single from from forthcoming album ‘Blues With Friends’ this one titled: “Song For Sam Cooke (Here In America)” and with Paul Simon.

We thought his music collab with ZZ Top’s BILLY GIBBONS on “Bam Bang Boom” was “moody, mean and efficient…” while “Blues Comin’ On” (recorded with Joe Bonamassa) was a “high-tension roller […] filled with rawboned rhythms.”

The new single comes with a gentle acoustic strum, lofty vocals, and a friendly sense of nostalgia. Clearly decanting the memory of a figurative America that Paul Simon once went to look for (in 1964) and we all once dreamed of, this is pertinent and possibly even threnetic to the point of heartbreak.

Perhaps the America that Paul Simon sought was never to be found in the first place — but today it seems more unreachable than ever. And what about the inventor of soul, Sam Cooke? (He shared a stage with Dion in 1962). Sam was a soothing influence, Sam was a cool-headed champion. Sam was the under-stated ambassador of civil rights in the U.S.A. What do we need in 2020 America? Why isn’t Sam here to show us the way?

Dion says, “I wrote this tune back many years ago. At first I just had the melody and the refrain ‘Here in America.’ A friend suggested I use an episode from my memoir about walking southern streets with Sam Cooke in 1962.  I finished the song, but it felt too personal, so I put it aside. Then in 2019 I saw the movie Green Book and after that I couldn’t shake the song.  My friend Paul Simon wanted to record it what he was hearing on the tune; it’s a story we both share. Thank you Paul. Rest in peace, Sam.”

The new album Blues With Friends is released by KTBA Records on Friday 5th June and is available for Pre-Order worldwide at: KTBArecords.com