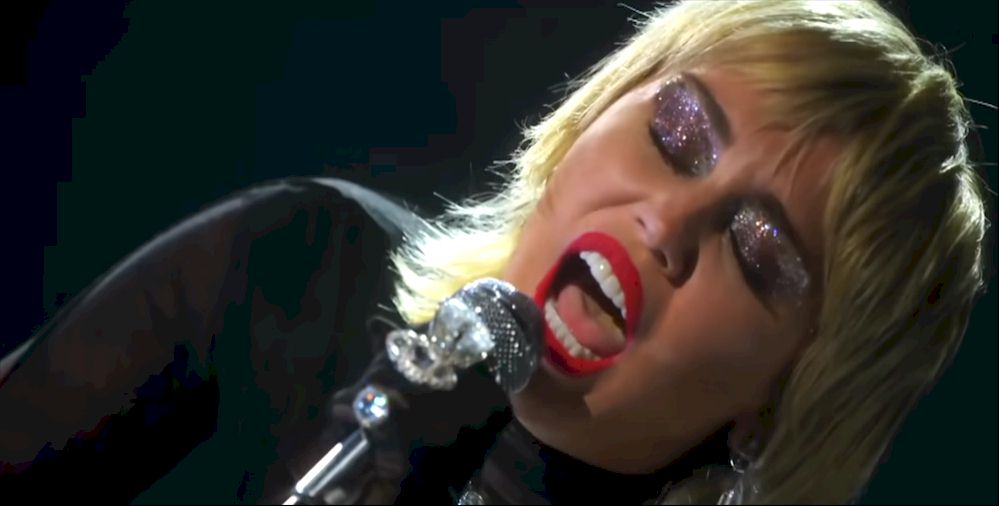 When Debbie Harry and guitarist Chris Stein wrote “Heart of Glass” back in 1974, it had a slow, funky sound with a disco beat and was apparently inspired by “Rock the Boat” (Hues Corporation).

But the much-loved languid bellyache about lost love was updated to became more knifelike and penetrating in the 1978 version once Blondie began working with producer Mike Chapman (The Sweet, Suzi Quatro); So the Parallel Lines version of the number became danceable enough to be a club hit, but might still be afforded a place in the record collections of the more serious new wave connoisseurs who usually followed the Ramones, Talking Heads and Simple Minds. The fact that male audiences were fatally drawn to the cool street sexuality of former playboy bunny go-go dancer, Debbie, obviously helped.

That Blondie has always been a disco band (for instance, they played “Lady Marmalade” and “I Feel Love” at their gigs) was never properly accepted or addressed by some of the band’s biggest fans … in fact, even their drummer Clem Burke had reservations about the disco direction of this particular song. However, it’s a classic and Rolling Stone ranked it 255 on their list of the 500 greatest songs of all time.

Fast forward to 2020 and we get a freshly transfigured MILEY CYRUS who has moved well beyond Hannah Montana via Wrecking Ball and since Younger Now this amazing artist has started to deliver a batch of Cyndi Lauper style songs that revisit the escapism and aspirations of the “You Can Dance” 1980’s era. These are songs of aura and nervousness.

Nothing illustrates this better than her live version of “Heart of Glass” (see the video below.)

She transforms this familiar piece into a swaggering, strutting caterwaul of twang, caw and whinny. And although the song retains all the recognizable ingredients of Blondie’s number, Miley brings it zestfully, coltishly and dangerously into 21st century life… because life (and love) is treacherous in 2020, isn’t it? Just like it was back in 1981. Life is combustible, it’s flammable and — let’s be honest — it’s threatening too.

Miley is clever to distill that sense of aura and nervousness. Because fear of pestilence is one of several things we share with the disco clubbers of the early 1980’s. HIV/AIDS first appeared in New York in May 1981 as an “influenza-like illness” (the year of Tide Is High Blondie, Under Pressure Queen, Tainted Love Soft Cell, and Physical Olivia Newton-John). There was a general sense that things would rapidly go out of control…

The disease was clinically reported in June the same year, with just five cases in the United States. HIV/AIDS went on to infect 76 million people across the globe and to kill about 33 million others (WHO data.)

It was at first thought (wrongly) that you could get HIV from kissing, sharing a glass, using public toilets or even via droplets in the air breathed-in when someone coughed or sneezed nearby. So going to a club and partying was dangerous — if not deadly. When the actual means of transmission (unprotected sex) was established, it seemed that the entire human race was in danger. [Blood transfusions and dirty needles would also play a role in the fatal transmission of the disease). Indeed, HIV / AIDS marked the end of the so-called “free love” years. There were even claims, in the early 1980s, that the disease was inadvertently or deliberately created by scientists in labs… there are many parallels between the early 1980s and the 2020’s.

That’s (probably) why Miley is now reheating and discharging the 1980’s vibe: uncorking our worst fears and looking — without blinking an eye — death in the face, before going back to the dance-floor and gyrating the anxiety away.

And, eventually, we will all need to start dancing again. It is the only way forwards… we might need to take soft steps and bend to the rhythms… but we’ll dance again.

But, boy-oh-boy, what a song! What a presentation! What an interpretation!