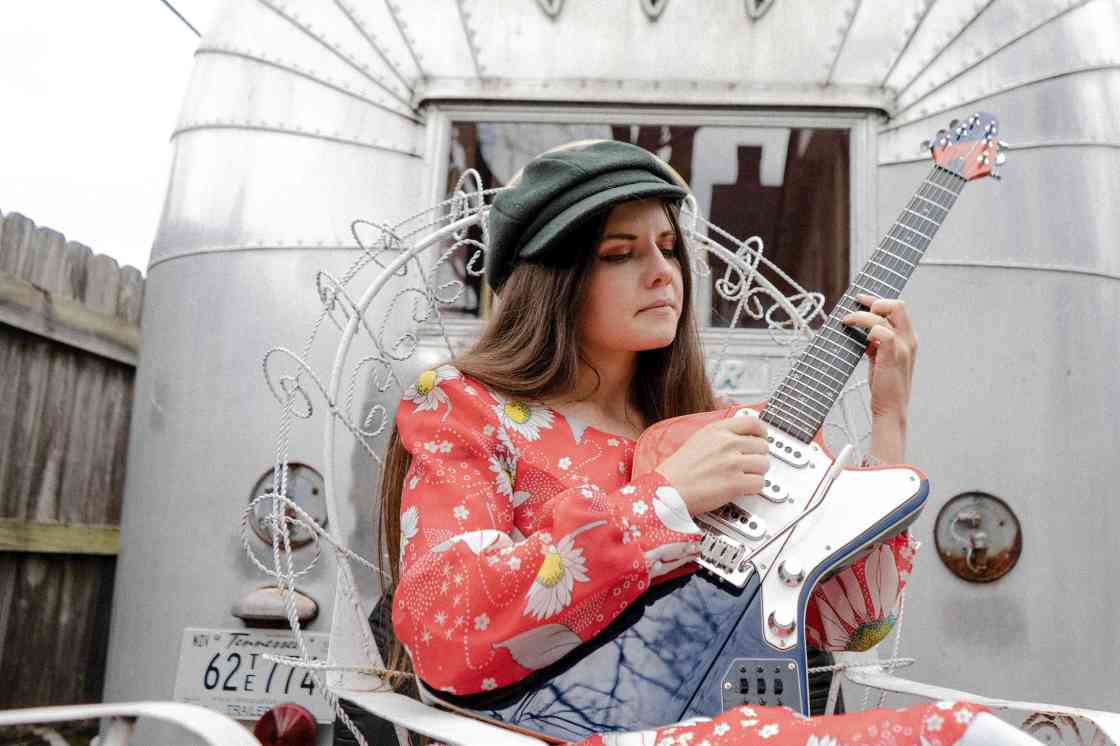 The self-taught, gypsy-hearted, American guitar prodigy, and singer-songwriter ARIELLE (often found working in Nashville / London) has been bringing her brand of 60’s and early 1970’s classic rock ‘n’ folk tunes along with her astonishing finger-play to wowed audiences around the globe for just a few short years. Her potent musicianship has earned her favorable comparisons to Bonnie Rait.

The New Jersey girl was raised in California and Hawaii and began a musical career at age five, when she sang with the Peninsula Girls Chorus of California.

Arielle studied at the Musicians Institute in Hollywood at age 17, as well as at the Institute of Contemporary Music Performance in London. She appeared in the 2008 London West End production of “We Will Rock You” as a guitar player, hired by Brian May.

At twenty she was “discovered” by Nuno Bettencourt lead guitarist of Boston rock band Extreme. And a year after this she was cast as the guitarist for Cee Lo Green for his show at Coachella.

She will release her new album: “Analog Girl in a Digital World” (recorded half on digital and half on tape to capture the authentic nuances of the 60s and 70s) on Friday, May 7, 2021.

The new album coincides with the launch of her new signature guitar named (of course) “The Arielle” and manufactured by Brian May Guitars. The instrument was co-designed with the legendary Queen guitarist himself, and is based upon Arielle’s handmade two-tone she built as a sixteen year old and May’s own ‘Red Special’.

“Peace of Mind” (trailer shared below) also featuring Nashville wunderkind Guthrie Brown, is mellifluous and suitably jangly, with some groovy riffage and a sense of countryfication. Her voice is lucid and lively. And the guitar is unmistakably crisp and confident. This is convivial and positive, but also meaningful.

Arielle’s album “Analog Girl In A Digital World” is released on May 7th
Pre-order the album from – https://smarturl.it/officialarielle or www.arielle.store

Pre-order the Arielle signature guitar from Brian May Guitars from –  https://shop.brianmayguitars.co.uk/products/bmg-arielle.html