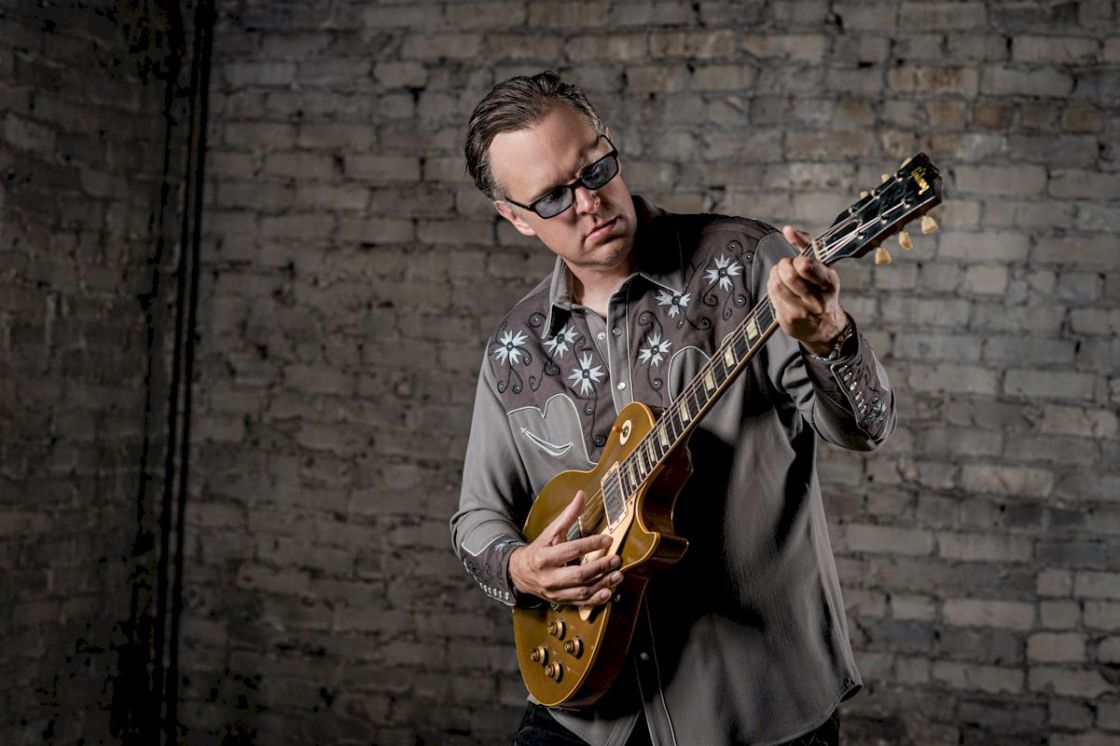 If a musician dares to compose a piece that deals with the reality of man’s existence in the vast macrocosm of interdimensional space, and the inherent contradiction that he faces daily to create something useful within (so little) time, but something he might boast of in the cathedrals of boundless nothingness, well, it had better be epic!

This week, somewhat by surprise, the tireless and unrivaled exponent of high-end guitar-based blues-rock JOE BONAMASSA demonstrated he has the cojones to do just that with his cornerstone composition from the forthcoming album, “Time Clocks.”

The first “epics” of antiquity used complex rhetorical and metric schemes, covered vast concepts, began with an invocation followed by theme, demonstrated divine intervention in human activity, and embodied the values ​​of civilization. This piece of music does all that…

You’d think classical musicians and progressive / symphonic rock creators and perhaps ambitious free-jazz improvisers could take a stab at this style of epic, but I bet you’ve never seen a blues composer tackle such immeasurable themes — until now. Usually blues musicians limit themselves to pure-rhymed narrative ballads that expose the inner weakness of man or the valleys & hollows of crude everyday life and although such topics prompt one to think about a place in the eternal universe — a blues musician will seldom deal head-on with the compass of finitude!

When this song was played to two folks who allegedly knew “nothing about Joe Bonamassa” (both dedicated Metallica fans) they declared the number was monumental — and so it is. It’s visceral and very imposing (in terms of size and scale…) and I think that might put the jaded listener off who can’t “find the time” for something monolithic. But I’m glad Bonamassa did not cut back or skimp: when you’re debating man’s place in limitless nothingness, there’s no sense in moving in any great hurry. Literally, you have all the time in the universe.

So what is it like, musically? Well, after a ritual riff recitation, the organ (Lachy Doley) reaches the ear, so you know, almost immediately, this is progressive in nature. Guitar work comes much later in the movement, and takes the form of a sliding bottleneck to begin with (which will please blues fans, but is really the only nod to traditional blues). After that, there’s a more upbeat, mellow solo that brings golden tones to the overall texture. The backing vocals by Juanita Tippins and Prinnie Stevens add exuberance; and the rhythms (especially Steve Mackey on bass) are ingenious. Anton Fig (drums) creates his own drama. Kevin Shirley (producer) facilitates a multilayered and fully architectonic soundscape.

Bonamassa’s voice is rich, silky as butter, with a beautiful deep, blackjack oak tone that needs to be celebrated…

And something needs to be said about the voice: Bonamassa’s voice is rich, silky as butter, with a beautiful deep, blackjack oak tone that needs to be celebrated.

And what is the piece like? Well, other blues artists before him have honorably tried to explore metaphysical themes, including the dominant influences on his work, Cream and Deep Purple, but most of all… Led Zeppelin.

But Time Clocks isn’t Stairway to Heaven… it’s too American, for a start! ( I don’t mean that as a criticism, if anything it’s a compliment). Neither is it baroque. No, the result is something like southern rock (Second Coming at their most adventurous, perhaps?) but with of a “heartland” feel.

Bottom line: it’s Springsteen singing along with Double Trouble instead of the E Street Band.

“Time Clocks” is out now and is the title track from Joe Bonamassa’s forthcoming studio album of the same name, due Friday October 29th via Provogue/Mascot Label Group in the UK and Europe, and by J&R Adventures throughout North America.