The NICOTINE DOLLS were conceived in New York City during the Summer of 2017 by Singer Sam Cieri and Guitarist John Hays, with John Merrit (Bass) and Abel Tabares (Drums) joining shortly afterwards. They compounded their joint musical backgrounds to create a post-punk pop sound with cinematic undercurrents. 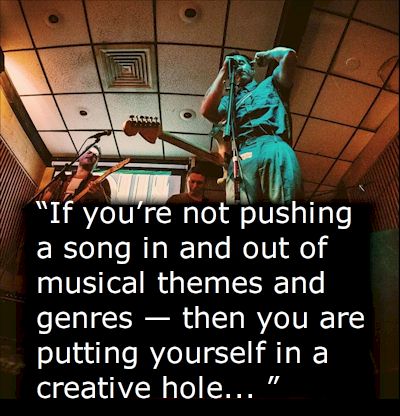 We recently had the chance to chat with Sam about the debut single “Fake” and about making music in 2019:

RAW RAMP: Fake is a trip of a song. Such innovative instrumental work as well as lyrical wordplay. You guys know how to write lyrics which bite, which resonate.

When it comes to writing songs is there a predominant lyric writer or do you all play a part?

“Our process for most of our music starts with me writing the song acoustically. If the song doesn’t work in its simplest form than its usually shelved. I’ll bring the basic musical idea and the lyrics to the band and we will play till what the contents of the lyrics are translated sonically. The lyrics and music for “Fake” were written after coming home from a bad date where I knew I wasn’t being myself as a sort of self preservation.”

RAW RAMP: The song takes influence from many melting pots. Are there any bands that you look up to and take inspiration from?

“I think today if you’re not pushing a song in and out of musical themes and genres than you are putting yourself in a creative hole. We all listen to very different music, from jazz fusion, glam pop, RnB, and classical. The 1975 are a massive influence mostly for their ability to have their music move so fluidity through these ideas. Lyrically though I’m a big fan of honest writing, a band like Frightened Rabbit is a solid example.

RAW RAMP: Is there an album in the works? Fake carries on its shoulders a weight of gold. I would love to listen to a full length.

“The goal is an album, we are working with Eric Sanderson (Augustine’s) and Greg Giorgio (The National, Interpol) at Tarquin studios but those days are expensive so it is taking a very long time. Every pay check goes straight from my hand to theirs. The good thing is that because we are taking our time we can sit with the songs long enough to get them exactly where they need to be.”

RAW RAMP: You guys come from New York. What is the scene like in the City that never sleeps?

“From where we are there is no scene. It’s a very over saturated town, without a collective universe and more so a vast array of individual galaxies. By that I mean that I think each artist has to create a scene around them specifically.” 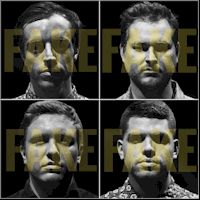 RAW RAMP: The work that has gone into “Fake” as a contribution is colossal. The groove, the everlasting appeal. Did you know straight away when you constructed the song that you would have something special?

“We went into with idea of having it sound like the thoughts you have walking home after feeling like you just lied to the people you were around. The world is scattered and misfiring, but cinematic. I knew that it was something I wanted to say to people, hopefully getting back the reassurance that there are other people out there that have/do feel that way. I think we accomplished that.”

RAW RAMP: It’s hard to create a buzz especially in a music scene when there’s so many imitations. You guys are diverse and the sound is original, but what do you do to get your music out there?

“Well that’s hard to answer because we are still relatively unknown. So it’s a constant exploration of outreach. It’s a combination of using the tools provided online to submit your music as well as just firing off into the night and cold calling. I believe with everything in me that we have things to say and their are people out there that will be reciprocal of those things, we just haven’t found them yet.”

RAW RAMP: Nicotine Dolls is such a brilliant name for a band. It’s dark and slightly obscure. As a band have you always been known under this particular title?

“Originally the band was “BREA and the Baskets” but after a tour where people called us “Bread Baskets” we knew a change was needed. I thought about the type of social anxiety I write about and how when I’m at parties I will get overwhelmed and spend the night outside feeling fragile and smoking, I call that being a Nicotine Doll.”

RAW RAMP: The music industry is cut-throat. If Nicotine Dolls were to elevate to the top, what would you do to keep the band grounded? And would you change your style to fit the mould?

“The industry of music is a continuously shifting building, the luck is slipping through the cracks. We are not a teenage band who make a single and finds instant success. We have all been failing at this for years, so when we find our way through a crack we’ll have known where we came from and how lucky we’d be. As far as molding yourself into a trend, that only happens when you have become stagnant and are grasping to hold onto the train. I believe in looking and listening for new and exciting things, No artist should be afraid to constantly evolve. As long as you are always reaching then you’ll never be following.

RAW RAMP: Is there a tour on the horizon? Would you consider touring the U.K. any time soon?

“We’re [on] a southern U.S. tour to promote the single and then are planning to be touring the State and Canada throughout the year. But I love it across the pond and will in the near future bring Nicotine Dolls over!”

RAW RAMP: We can tell that you’re passionate about music. When did it all start? Were you guys very young when you started to learn those creative guitar parts?

“As far as what we actually play, it’s The Beach Boys harmony philosophy, it sounds like this obvious straight forward thing and then you really listen to what’s happening and it’s like “Wait, what the fuck was that?”

“The band is split down the middle of musical pasts. I started playing guitar when I was 12 because I thought it would help me make friends, ironically i use it now to say how that did not happen. John Hays (Guitar) started young to but he had pure intentions of being a great guitar player (which is an understatement) but me and him both are self thought and come from a more “singer-songwriter” background.”

“On the other side John Merrit (Bass) and Abel Tabares (Drums) are trained musicians who went to crazy cool music schools. So to have such a solid well musically brilliant rhythm section against the home schooled kids make a sort of controlled chaos. If you base is stable you and conduct a lighting storm on top of it.”