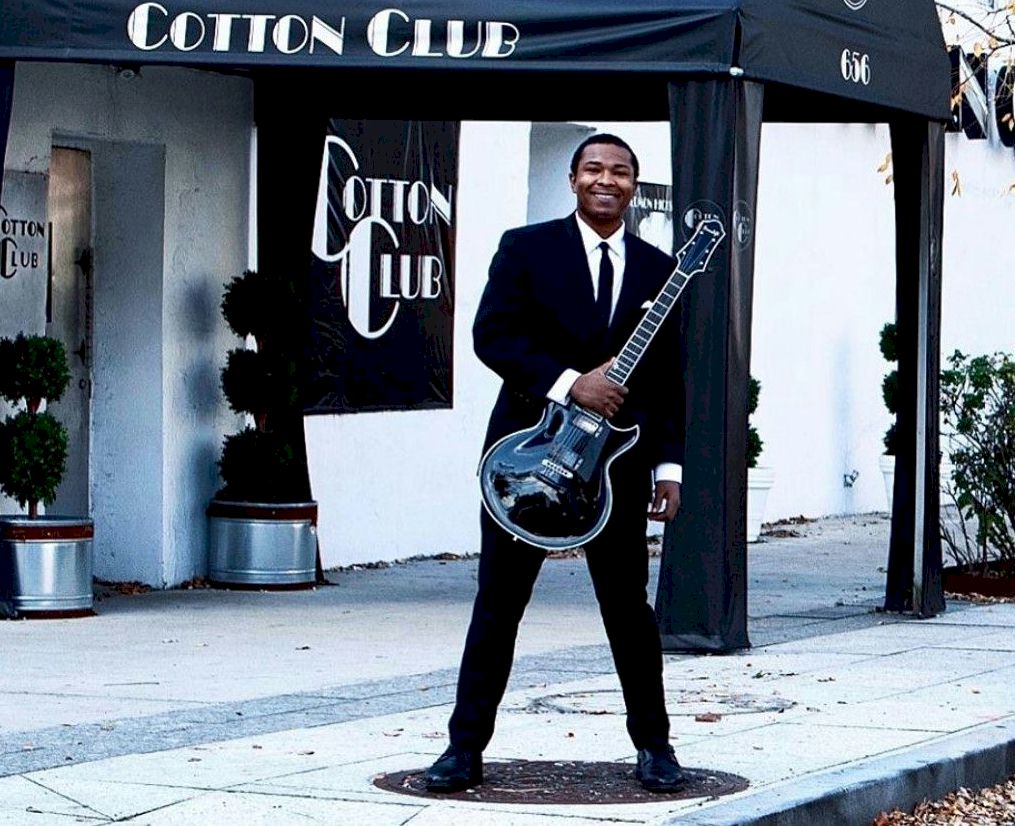 KING SOLOMON HICKS is a New York City guitarist, blues, jazz singer, and composer whose style of music ranges from jazz, blues & gospel through to R&B and funk.

Hicks started playing at the age of six, and by the age of thirteen he’d starting playing along with the Cotton Club in New York City’s 17-piece band as a lead guitarist. At Harlem’s School of the Arts and at Harbor Conservatory for the Performing Arts, he studied jazz, classical, and Afro-Cuban guitar.

Hicks has performed at the KISS Kruise V, the Joe Bonamassa Blues Cruise in 2017, the Festival De Blues De Bejar-Blues Cazorla-San Javier in Spain and many other festivals and has performed with Tony Bennett, Bruce Springsteen, George Thorogood, Sam Moore, Ne-Yo, and a whole host of other household names.

He opened for Ringo Starr and Jeff Beck at the Holland International Blues Festival in June 2018 and toured with Beth Hart the same year.

Original numbers such as the cantina primed “South Main” and the evangelical “Have Mercy on Me” shimmy along with the bruised arrangement on “Riverside Drive” rub shoulders with Memphis Slim’s “Everyday I Sing the Blues” and rumble with “It’s Alright” plus a Latin-tinged take on Blood, Sweat & Tears’ “I Love You More Than You Will Ever Know”, a funked-up romp through Gary Wright’s “Love is Alive” and a searing rendition of Sonny Boy Williamson’s “Help Me”.

“Everyday I Sing the Blues”  has a boogalooing, piano-chanked impulse and a guitar that’s so incisive it could cut through tungsten steel as if it was cream cheese.

And “What the Devil Loves” (see below) has a downslope riff, exhalations of glottal guitar and expressive vocals. The whole thing drips with earnest knowingness (like all good blues should) and is kinda redolent of something from Deep Purple circa 1974. This is imaginative and intense.