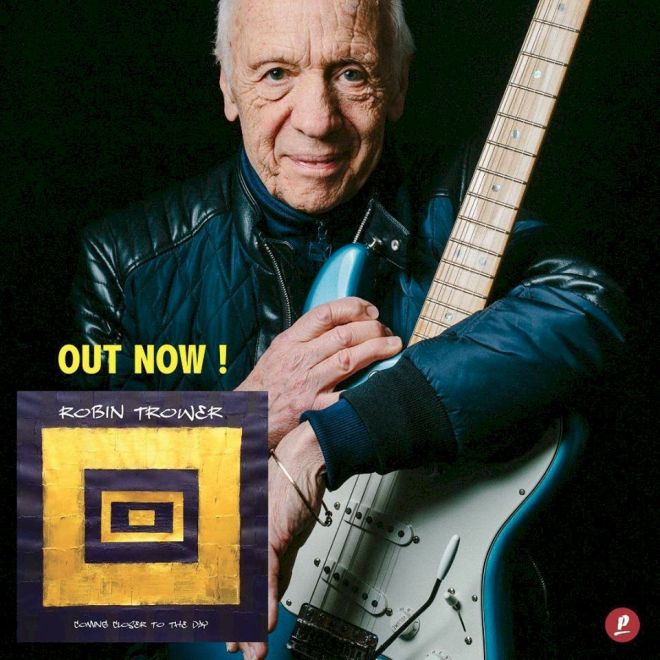 Catford-boy ROBIN TROWER’s upcoming CD, titled “Coming Closer To The Day” is set for US release on March 22, 2019 via Provogue/Mascot Label Group and Robin heads out on a US tour shortly thereafter.

On his European leg he’ll play the Islington Assembly Hall on Apr 26th 2020.

“When I’m working on a song idea,” he says, “it has to be something I’d really like to play lead guitar on, otherwise I don’t bother with it…”

“In terms of the lead guitar, I tried to make it as soulful as possible. With the solos, I’ve got a rough idea of the area that a piece of lead work will work in. Then I just go in and see what happens. There’s always a certain amount of freedom. It’s loose and relaxed, messing about and trying different things…”

The Procol Harum guitarist and vocalist’s masterful songs tend to bring many peace-giving moments, though they always retain a certain amount of poignant inner pain and anguish.