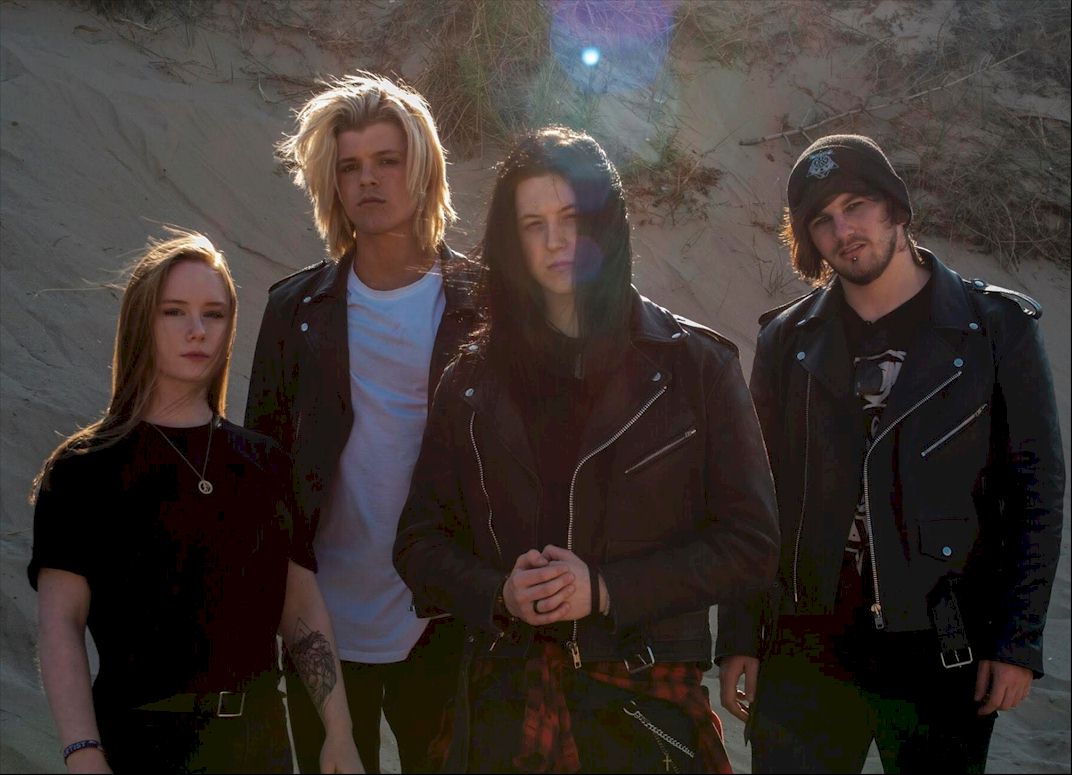 Making waves in the metalcore world, Blackpool UK band AVARUS have dropped their compelling  new single ‘DEGRADED’  this weekend along with a wind-storming live video (see below) that was recorded during their rattling performance on the  H.R.H. Metal stage in Birmingham.

This number eddies & thrums with grisly honesty and scintillating magnificence. And though it might be dark and earthy, it is also supremely virtuosic and filled with the nimblest magic…

This gifted band, comprising of Lucas Fletcher on lead vox/guitar, Jay Wagner on lead guitar, Mikey Jenkins on bass guitar & vox and Becky Slater on drums are becoming more ever-more convincing and confident as they approach their much anticipated debut album release, planned for later this year.

With a successful tour of the Philippines last year , Avarus have a run of U.K. tour dates planned for the Summer, which includes an appearance at Call of the Wild Festival 29-31 May at Lincolnshire Showground.