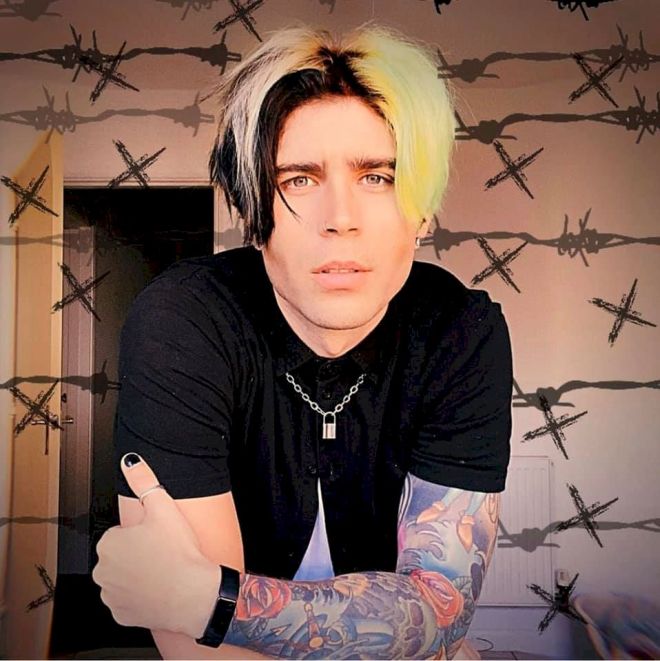 The former front-man of touring rock bands DissolvedIN and We Are Lost Boys, DANNY WRIGHT is a self-taught, self-made singer, guitarist and pop-punk songwriter who now ventures on as a cogent solo artist with a batch of pop-influenced — yet profoundly testamentary — songs. His latest single is “Broken Youth” out now.

Being pigeonholed isn’t on the agenda for the singer/songwriter. The diverse musician knows no boundaries, nor does he feel weighed down by limitations.

Hailing from Reading, he majestically crafts songs that are raucous and finely tuned, with evocative lyricism at the forefront. This means he writes extensively and thoughtfully. He writes also about sorrow and a crippling world, one is heavily under strain.

Wright plays the guitar too. Focusing on rhythm and melodies, expertly driving his ethos into the work he produces. From the start of his career to now, he has wholeheartedly and attentively created a song after song with effort and an understanding of the craft. Not only does he play competently and cohesively, he knows how to design hard-hitting efforts that bridge the gap between being ordinary and instrumental to the cause.

A flamboyant songwriter, Wright has entered darker territory with Broken Youth. A song that rails against the status quo and bespoke minds. The subject conveys a sense of a man sick of regimes and how the world is falling into a state of emergency. And Wright is an intelligent man, spearheading his voice like a dreamer who wants to see some restoration.

And Wright dazzles here as words cascade into poetry and rhythm. And the guitar riff is a pleasing contrast to his well-tailored vocals. Within the song, there is melody and substance, and Wright produces an atmospheric beat. It doesn’t nullify the song but intensifies it.

Throughout the song, many anecdotes are shared. Wright is a seasoned wordsmith who knows how to write cathartic lyricism without it all feeling clichéd. He plays his guitar properly; he sings in a sincere tone, and he knows hurt. Broken Youth will be a song that lingers in the mind for days.