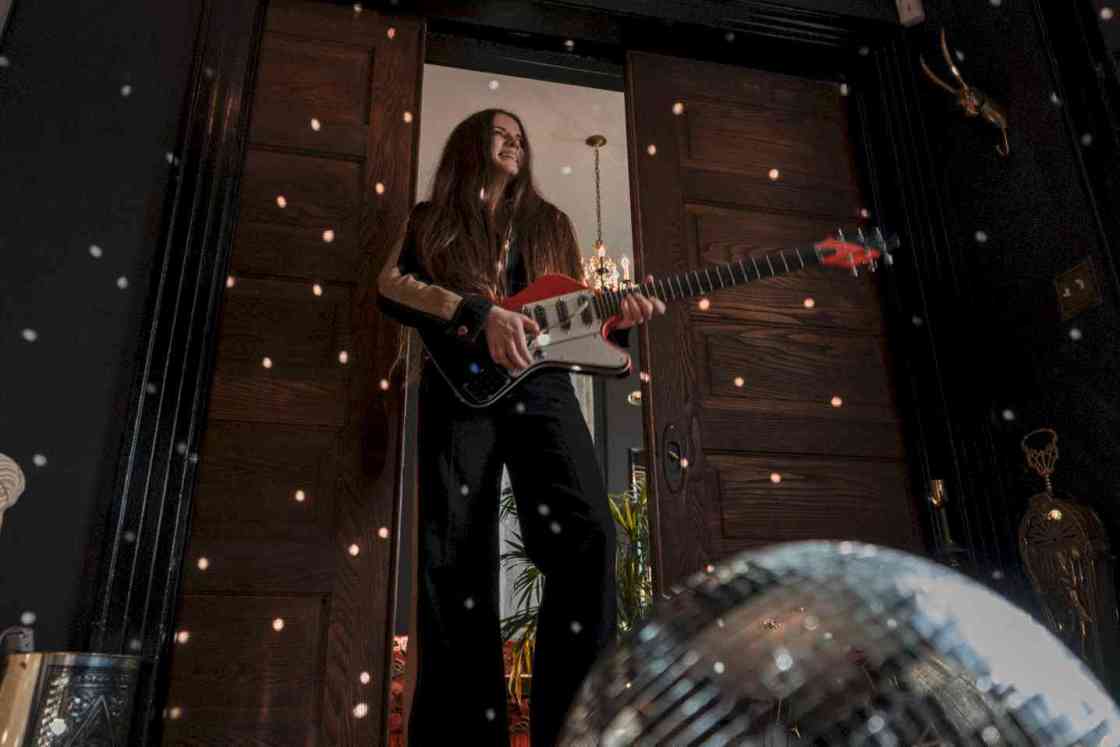 ARIELLE & The Aesthetics of the Moment

The outstanding American guitarist and singer-songwriter ARIELLE has released the music video for her new single entitled “Peace Of Mind” taken from her forthcoming album to be released Friday 7th May,  “Analog Girl In A Digital World”.

The album features Arielle’s new signature guitar The BMG Arielle. The guitar is released March 2021 and can be pre-ordered from Brian May Guitars.

“Arielle’s playing reaches places I never knew existed,” says Brian May, seen below with Arielle and her guitars. “I believe this guitar will do the same.”

“Peace Of Mind” is a song that speaks about the limitless possibilities held within each moment of our lives.  In Indian aesthetics, rasa in something that means “juice, essence or taste” — it is the aesthetic flavor of a moment that evokes our emotion. This is as true for music and musicians as it is for any other visual or literary artist and their artworks.

So, in “Peace of Mind” (video shared below) we are presented with an atmosphere that’s charged with tension: and the entanglement of guitar and voice fabric: with sensitivity and empathy delivered through quality musicianship…

It is a mellifluous and suitably tinkling piece, with wonderful riffs and a subtle sense of countryification. Arielle’s singing voice is lucid & lively, while her guitarwork is unmistakably clear and confident. This is positive, and also significant.

Arielle chats about making her new concept album and using the prototype Brian May Guitar on the new album tracks… and also about replacing the tone-wood trees that are used in the manufacture of her musical instruments, seedling-by-seedling, starting at her home in Florida. Check out the RAW RAMP interview with Arielle here>>  Interview with ARIELLE

Arielle’s album “Analog Girl In A Digital World” is released on May 7th
Pre-order the album from – https://smarturl.it/officialarielle or www.arielle.store

Pre-order the Arielle signature guitar from Brian May Guitars from –  https://shop.brianmayguitars.co.uk/products/bmg-arielle.html