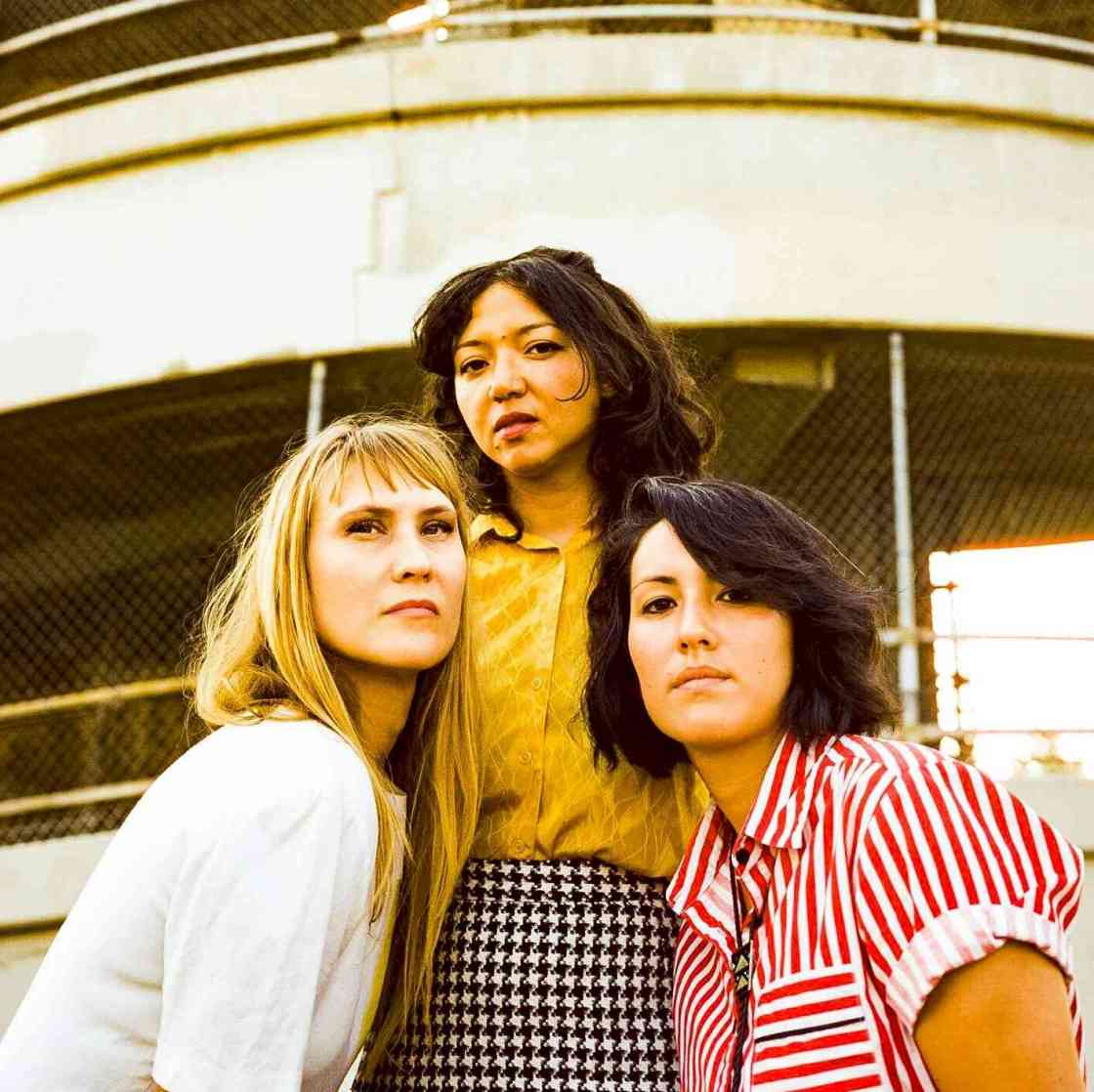 LA LUZ has always been a band with vision…

On their self-titled fourth album, La Luz unflinchingly lunge into a new sphere of psycho-emotional intimacy with a ravishing collection of songs that seem crystalized by paradoxes found in the natural world and the need to embrace the miraculous side of human chemistry.

It’s obvious from the album’s name, that there’s a new bond of trust for the trio. “I don’t think I could bring an album this intimate to a band that I didn’t feel that closeness with,” Cleveland says of La Luz. She suggests the disc contains some of the most personal songs she’s ever written. “We have a musical understanding that’s very intimate.”

Younge saw a musical kinship that transcended genre: “We both create music with the same attitude, and that’s what I love about them,” he says.

“They are never afraid to be risky and their style is captivating. I don’t work with many bands, but I love taking chances on people that share the same vision. We both love to be ourselves, and it was an honor to work with them.”

La Luz glows with a tender electric guitar strum on the ghostly  “In the Country.” Then the record moves to the propellant number “The Pines” that is motivated by Simon’s lusty bass-line and punctuated by eerie vibrating keys as Cleveland’s voice hovers high ‘n’ sweet overhead, no reverb, no deception.

Next up is the dreamy and funky “Watching Cartoons,” (video shared below) with Sandahl leading on soulful Wurlitzer as the voices intertwine with each other, to become a kaleidoscope of “ba ba ba ba’s” in the chorus.

All the elements of classic La Luz are here—the exquisite harmonies, the luxurious melodies, the superlative musicianship—but now their sound is hungrier, perhaps more aromatically tangy!