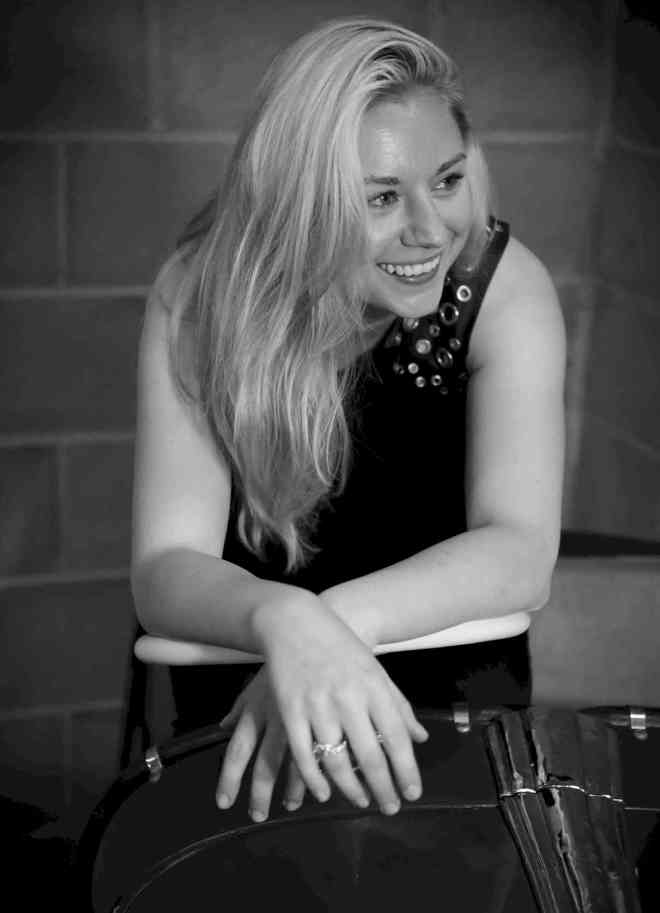 JOANNE SHAW TAYLOR — the award-winning West Midlands-born British blues-rock vocalist and guitar genius— has announced the release of “The Blues Album” via KTBA Records, due out Friday, September 24th 2021.

To coincide with news of this exciting release, Joanne has unveiled a new single Let Me Down Easy accompanied by a music video (shared below.)

The new single taken from her forthcoming “Blues Album”  are produced by Joe Bonamassa and Josh Smith at Ocean Way Studios in Nashville, Tennessee.

We thought her Little Milton cover of “If That Ain’t A Reason” ( taken from the upcoming album & released as a single earlier in the year) was a “succulent funkadelic number with butterfat horn notes, lubricating backing vox and airy guitar blasts…”

The new Little Milton cover (artist pictured below) “Let Me Down Easy” is a glittering mix of bright tears and almond velvet acrimony. The superb guitar is flanked by considerable portions of blues-power orchestration.

Joanne’s voice is at its gunsmoke-shimmery best and her firecracker guitar screams like a banshee yelling for mercy. In our opinion, this is one of the best numbers JST has ever delivered. Epic pain, epic torment, epic redemption!

“I’d known from the beginning of my recording career that one day I wanted to record an album of blues covers, I just wasn’t sure when the right time to do that would be,” says Joanne. “I’ve always found it far easier to write my own material than come up with creative ways to make other artists’ material my own.”

When the pandemic put the brakes on touring, Joanne thought it was the right time to head into the studio to record The Blues Album.

“I mentioned my new project idea to Joe Bonamassa,” recalls Joanne. “He asked me for my song choices. Immediately he began sending me notes and was texting me song suggestions.”

Joanne and Joe have been best friends and fans of each other’s music for many years. Joanne had always wanted to work with Joe if the right project or collaboration came about.

“He was already acting as a mentor as well as an unofficial producer on The Blues Album, so I asked him if he’d fancy the job, officially,” says Joanne. “Thankfully, he accepted. The Blues Album has been everything I hoped it would be. It’s been a labour of love, overseen by an artist, producer, and friend who I trust beyond measure.”

Joanne’s a great singer and always has been. The guitar unfortunately has overshadowed it until now…

“We wanted to make a tough vocal centric straight blues record that showcases Joanne’s amazing talent but in a slightly different light,” explains Bonamassa. “Joanne is a dear friend and a superstar. Josh and I focused on testing her limits and pushing boundaries that might not have occurred before. It’s all about making a statement and having the listener want to play the music repeatedly.”

As a musician and a recording and performing artist, Joe Bonamassa has been a longtime fan of Joanne’s music. Ultimately, what did Bonamassa set out to achieve by co-producing this magnificent, rich, and beautifully recorded and performed album for Joanne?

Joe explains: “If you focus on what people might not associate with an artist and work hard on those areas it allows her fans to discover things and sets her up in a different light. Joanne’s a great singer and always has been. The guitar unfortunately has overshadowed it until now. A lot of us in the business have the same problem.“

PRE-ORDER ‘THE BLUES ALBUM’ ON VINYL, CD & DIGITAL FROM WWW.KTBARECORDS.COM