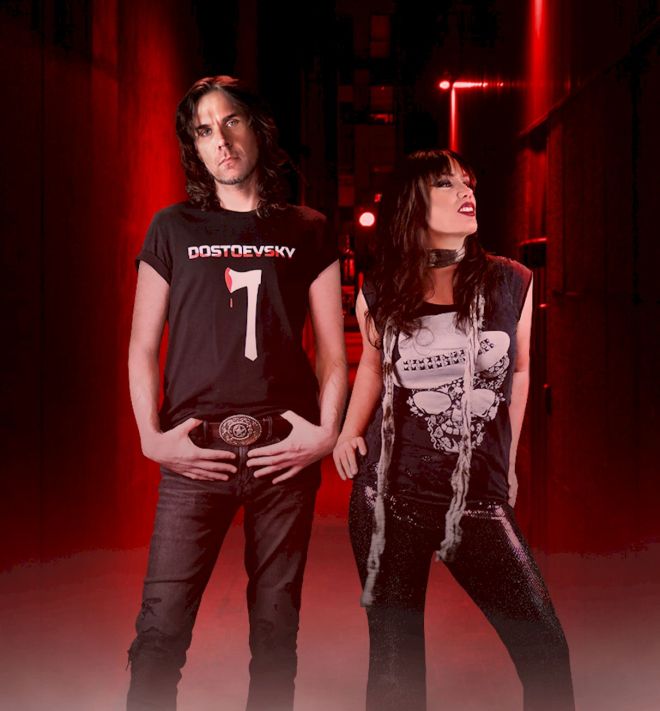 Episode 4 is the latest segment from the  innovative concept album ‘All Blood, No Treasure’ from the rock ‘n’ roll dissidents THE BLOODY NERVE.

Unlike most albums, ‘All Blood, No Treasure’ isn’t being released all at once. Instead, the band have chosen to release it in phased deliverables: act by act, episode-by-episode, each track escalating the tensity and maximizing excitement.

there’s no hiding the dreadful reality…

“Episode 4 is like the manifesto of sorts, like there’s no hiding the dreadful reality anymore,” explains Stacey Blood, “It’s brutal and sad all at the same time.  Deep down that’s what we’re all feeling, whether we admit it or not, and no matter our political priors. We feel like prey.”

Laurie Ann Layne puts the latest release in the context of the album’s second act: “Act II is called ‘Reckoning’, because we always end up here,” she explains, “We can’t make up our rules, as it turns out.  To protect that machine, things get more forceful and more ridiculous until it implodes.”

The lyric video for Episode 4 (shared below) seems to be a chirpy old-school video game, opening with a goofy 8-bit sounding jingle that foretells a coloured tank boasting The Bloody Nerve’s ensign. Then the panzer shoots up statues, icons of western culture, while accumulating points.

If you’re looking for rock ‘n’ roll that comes with tangles of dirty guitar, heartbroken beats and guttural twangs, all delivered with double-layered vocals that polymorph into each other with breathless electro-technical energy… this is where you should come!