Amongst the bearded will be SEASICK STEVE who joins a slightly less hirsute line-up of all-star talent that includes MADNESS, SKUNK ANANSIE, VINTAGE TROUBLE and SLAVES.

There’s another 100 other acts across 6 stages at the Bearded Theory`s Spring Gathering on Bank Holiday Weekend — May 25th to 28th, 2017 — at Catton Hall in the heart of the National Forest, England.

Less than 500 tickets remain! So hurry… 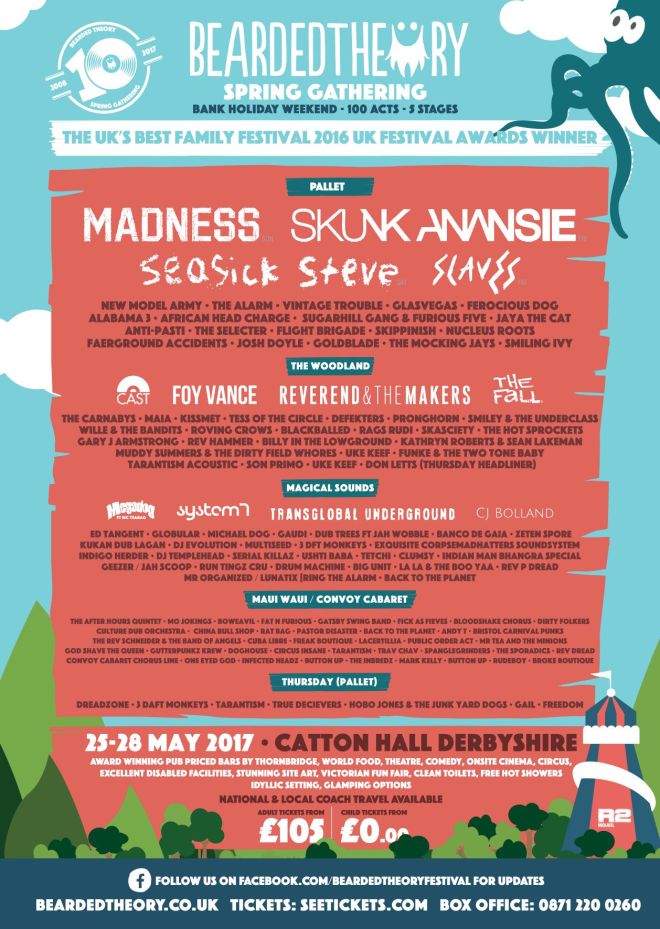