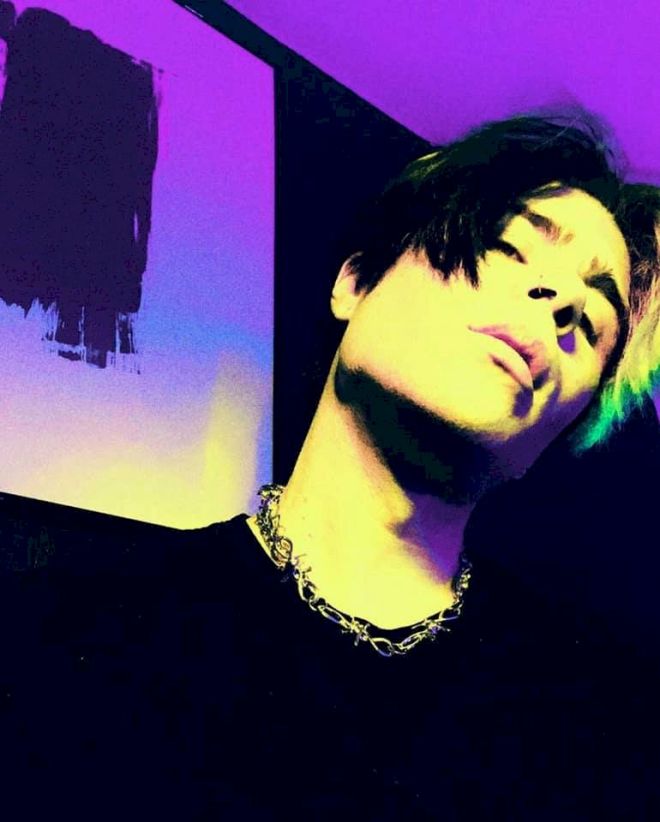 The Reading UK artist majestically crafts songs that are raucous and finely tuned, with evocative lyricism at the forefront. This means he writes extensively and thoughtfully about sorrow and a crippling world… we had a chance to discuss his creative perceptiveness and his inspirations:

RAWRAMP: You’ve achieved so much at a young age, kudos to that. I also understand you left the humble setting of Reading to the bustling and flamboyant melting pot “London.” What was it like when you entered such a big city to follow your dreams?

Thank you! Moving to London was quite daunting; I moved on a whim, I always wanted to live there, but didn’t expect it to happen as it did. I was offered a short internship at a digital marketing company. While I was there, I stayed with friend’s “sofa surfing” that way I could be in the mix of London after work, I pretty much lived out of two rucksacks that I had with me all the time!

Once I was in London, I knew I wanted to stay, so I quickly got familiar with the different sorts of flexible work. I eventually found a place in London to live and I’ve been here ever since. That impulsive move I made has really had a big impact on my career.

In London, I feel freer, and I come across a lot more creative people and open-minded thinkers. Work-wise I have been doing jobs that are hard to think of as legitimate work back where I’m from in Reading. In London, I’ve been paid to just turn up to an event and enjoy the evening. I’m not sure where else that would happen, but the work is so varied that I couldn’t tell you what my job title is outside of music, I mean one of my jobs is foot model! But the flexibility is crucial for my music.

RAWRAMP: Were there any nervous moments or obstacles to overcome?

Yes, you always hear about how expensive London is, and this turns a lot of people away from moving here. It is expensive, sure, and I was nervous about this, but it’s also a different lifestyle which I quickly learned. People earn and live differently than where I am from.

For example, I have a bunch of friends who live in converted warehouses, you look from the outside you think it’s a rundown building, but you go in and it’s this modern swanky living space, with pool tables and cinemas. Because there are many creatives in London, there is also a lot of flexible work opportunities for creatives.

I also felt like everyone knew me in Reading; in London there are so many pockets of communities that it doesn’t feel claustrophobic. It feels more like a creative playground, with loads of excitement, opportunities and a diverse mix of people. Another thing I love about the capital is that it doesn’t feel like you’re being judged, by things like what car you drive, your house, your friends, your accomplishments, which I feel is defiantly the case in Reading. Instead, your talents, potential and creativity are embraced.

RAWRAMP: You’re a multi-talented powerhouse of sorts. How do you juggle acting, music, and modeling? You must be such a busy man?

I have always been the type of person who has done a bit of everything; I have grown to realize that it is just part of my nature. At the moment, music is the sole focus; the modeling and acting were always driven primarily by my passion for music. With the stage I am at now musically, I don’t think it would have happened if I were pursuing those other avenues like I used to. I still do the odd modeling job, but I’m not in and out of castings all the time. Also, I have green hair at the moment which defiantly would not help me land jobs! At this point, I am a music artist!

RAWRAMP: Broken Youth is monumental. A song that praises the game and is a track that forcefully pulls at the world and its flaws. Lyrically it’s also inventive and in parts ruthless. What was the writing process like when you were creating such an innovative and forward-thinking behemoth?

Thank you for the words, I spent quite a while writing these lyrics, because of their nature. I wanted to get the words right and my experiences and message right. The older I get, the more honest I am willing to be in my art. I don’t think I would have written these types of lyrics in my late teens/early 20’s. This was a reflective process for me, writing from my past and writing from my perspective of the now. The music is very anthemic, so it inspired a defiant and a kind of ‘sticking to my guns’ sort of message. It was a very pleasing feeling to finish these lyrics as I was certain I said and used words I wanted. I feel like it’s also opened up an area of me that I would want to explore more in my writing.

RAWRAMP: You’re an intelligent singer/songwriter, and competent guitarist. I also understand you’re self-taught. What made you pick up the guitar? Was it an impulse at a young age?

I can’t remember exactly why I wanted to learn the guitar. As a kid I was into all sorts of stuff. I would get into something for a bit then get bored, I played football for a while, I did boxing, I was into BMX’ing and other things that were all short-lived, but when I picked up the guitar that was the thing that stuck. I’ve always loved music, and I think I was always ‘air guitaring,’ to music so I just got a guitar once, and I was obsessed with it. I was always super excited to play my guitar whenever I had the chance. I started writing songs before I even knew how to tune it! I recently got hold of my very first guitar, which has brought back loads of memories of me rocking out to my favorite bands in the garage.

RAWRAMP: With these circumstances affecting us all. How do you keep busy when you’re self-isolating? Are you constantly creative?

I have been working on my music, planning some releases and doing all the back-end stuff. I’m not always creative, as there are times I need to pull away from that and just be logical. But something that has been keeping me busy is learning. I love learning new things, musically, or production-wise, marketing, and even psychology and evolution. I read a lot on these topics, which I think helps me be even more creative.

RAWRAMP: You fronted two influential bands in We Are Lost Boys and Dissolved In. Do you prefer creating solo work, or do you prefer mixing ideas with other musicians?

The transition going from Bands to a solo artist was a very long one, and thinking back now, it was too long! For a long time, I only ever visioned myself as a member of a band because most of the music I was influenced by, were bands. I enjoy writing as a solo artist, the process of actually writing is very therapeutic and quite liberating for me. I’ve learned to love that process and to trust my abilities. Saying that, Broken Youth was actually a co-written song which was a new process for me as a solo artist. The music was a collaboration between me and the producer Ben Sansom, this was enjoyable, and we both have similar taste in music so there was an understanding with the language. I would love to mix ideas with people outside of my music abilities and genres in the future

RAWRAMP: 2019’s Breathe EP is a brilliant compendium of cathartic songs. Are there any more EP’s or even an album on the horizon?

Broken Youth is part of an EP, just like Breathe was. Each song on Breathe got released separately before all being complied into an EP. But I would love to immerse myself into a full album. If I did that, I would want to just focus on that project till it was completed, rather building it piece by piece. I love the idea of being somewhere in the middle of nowhere, just writing and putting all your efforts and focus into one project. Maybe one day!

RAWRAMP: You’re a shrewd lyricist. Where does this poetic wonderment come from? Do you take influence from world problems? Love, loss, anxiety?

Thank you! A lot of my lyric writing comes from experiences in my life, interactions with people, and perceptive on the world. I believe the true meaning of an artist is to be comfortable with being vulnerable. A lot of my favorite writers are honest and speak from truth and experience; I try to do the same. So whatever is going on in my life, I usually write about it. I find it very difficult to get on board with lyrics and music that doesn’t seem sincere, that’s just my taste.

RAWRAMP: When this lockdown ends and some normality resumes, are you planning on touring the UK and further afield? I know you have toured the world before, but are you itching to do it all over again?

I had a headline tour booked for July, but we have recently had to move it to October due to everything going on. I love touring and playing shows it’s a massive part of why I love creating music, I can’t wait to play shows again and just be out there meeting music lovers and performing my new songs. I’ll never get bored of playing live shows.

RAWRAMP: It was a pleasure to review Broken Youth for RAW RAMP. Hopefully, I get to delve into more of your work in the future. Thanks for the music and those evocative lyrics.

Thank you so much for your amazing words on the track I am really glad you enjoyed the track and understood its message. I Can’t wait to show you more!

Danny was chatting to Mark Mcconville for RAW RAMP