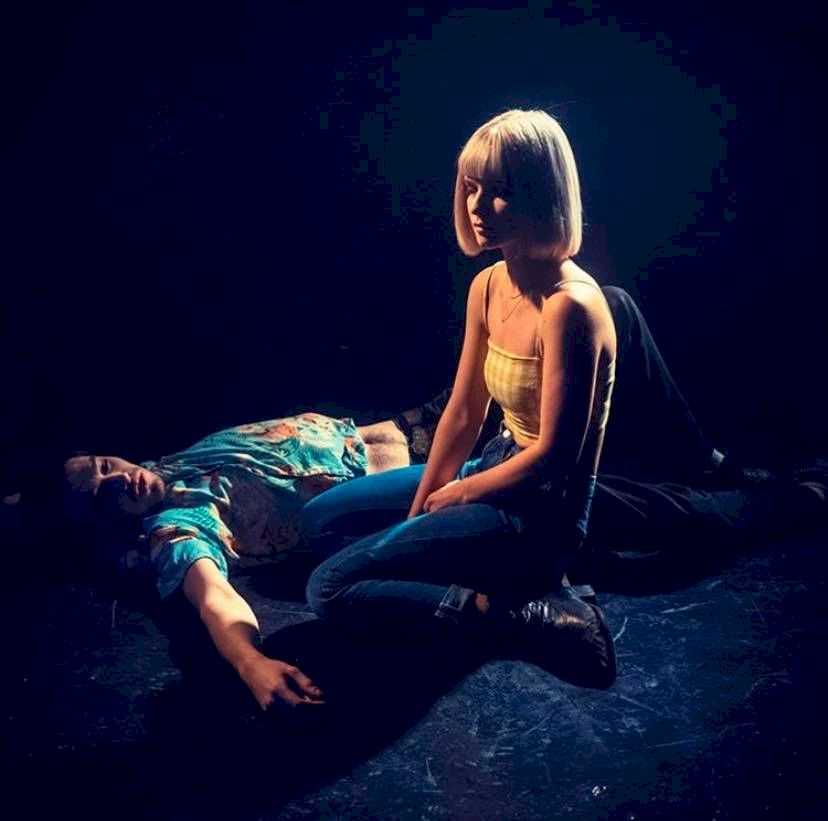 The rather splendid boy/girl outfit that sound as if a stutterer with a bad case of tourettes is trying to say doofus, i.e. T T R R U U C E S [aka the mysterious collaborative artist Natalie Findlay  with the equally gifted Jules Apollinaire] have a newly released self-titled album mixed by Alan Moulder (Arctic Monkeys) that circles around the pop operatics of Syd & Sadie and has been a sub-cultural treat for aficionados of gleaming pop edifices, replete with emulsified funkadelic, electro-psychedelic grooves. It’s packed with more glamour than Claudette Colbert on a night-out in Vegas.

Now they have now issued the carbonated psych-mosh single titled “The DISCO” [caps mandatory, apparently) that’s a chapter taken from the album…

“This was the first video we shot, and thank god we did, because you couldn’t film a video like that nowadays anymore…” say the band.

“ It was an important one, because we had to find and cast our Lost Boy that will come back in every video. Izzy ( the video director, Izzy Bee Phillips) told us she knew the perfect guy, we didn’t know how right she was then. We met Basti [Basti Robert] and instantly knew he was the one. He was exactly how we pictured our Lost Boy. He is now part of the TTRRUUCES family and gave life to our fictional character” they explain.

Check the video sounds below