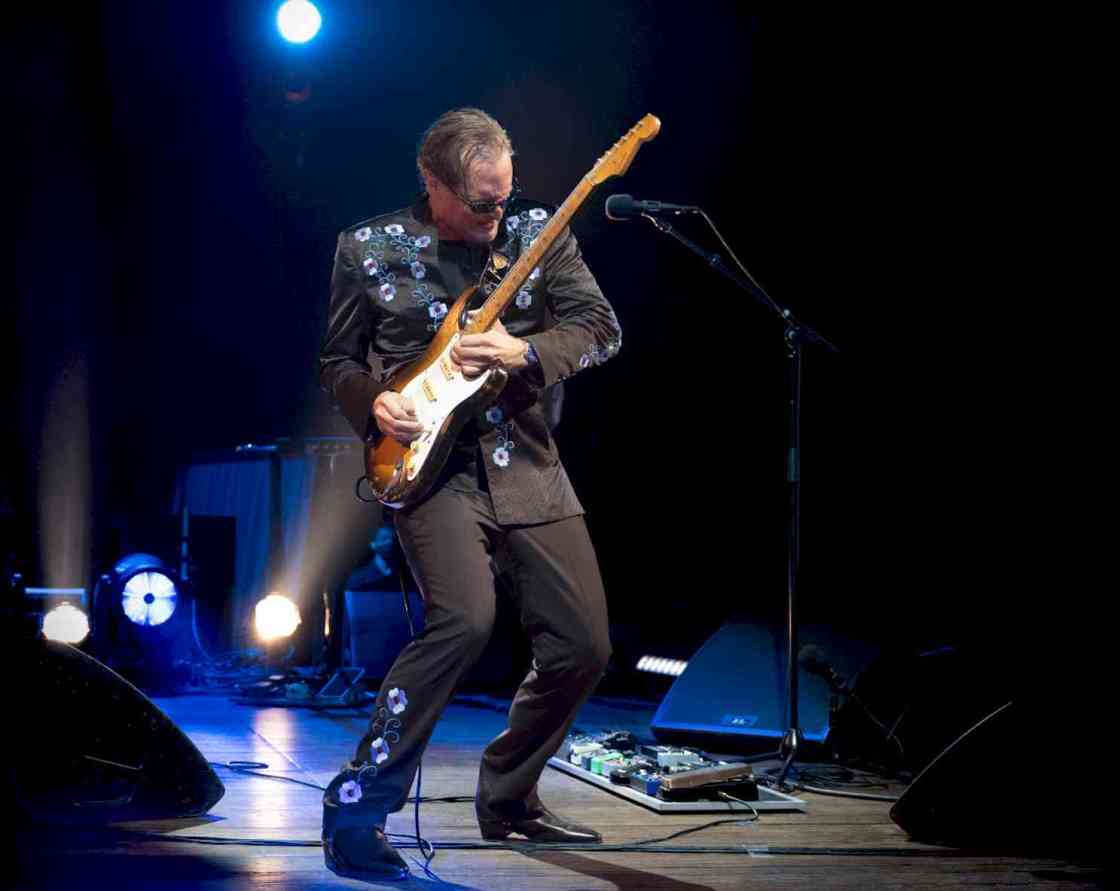 There are Different Shades of Blue, for sure.

But none go deeper than lost love and the yearnings of youth… and the aches of regret that calcify a heart. Those are the deepest blues…

Not that the consistently impeccable blues-guitar overachiever JOE BONAMASSA has much to regret. Or any of his plans have gone very much awry. Or there are many disappointments in his life…

But just because things always seem to go wonderfully well for the smokin’ hot guitarist… it doesn’t mean he’s whitewashed himself clean of sensitivity or hesitation. In fact, I’d stick my neck out and declare that it’s because he’s so self-aware — he’s inwardly plagued with thoughts of being unworthy — that he’s so motivated and all his undertakings are realized with such highly polished perfection. Perhaps the deep blues he once experienced explain his cravings for excellence and his world-famous & tireless work ethic.

Yes, so the musician regrets. One regret is that he was born at the wrong time… that’s maybe why he’s always looking back… looking through those sepia sunglasses — behind — to a better age.   And there was a turning-point too, at age eighteen, and it felt like a cataclysm and he might have retreated into himself; plus, there was a broken heart in Georgia, and a sense of helplessness that he spoke about in unguarded ways on the brilliantly detailed video documentary of his life titled “GUITAR MAN”. There are many other breakthrough or breakdown moments too… and he explored some of them in greater musical detail on his most recent album “Royal Tea.”

So yes, there is contemplation. And yes, there is even contrition. But let’s be clear — how can a blues-man play the devil’s music if he has no pain in his heart and no fire in his fingers?

His one-time special April 1 show for Austin City Limits Live at The Moody Theater (ACL Live) Texas — performing with Anton Fig on drums and Steve Mackey on bass felt like an old-style Cream blues-jam (there’s that looking back again!)  — and it began with Different Shades of Blue.

Starting with the exhilarating “Oh Beautiful!” (written with country singer James House) this number threw out firebrick chord-chunks right from the very start… followed by the type of torque-wrenched riff that Baker/Bruce/Clapton would have loved to reproduce for themselves back in ‘67. I think we’ve all felt this way over the last year… haven’t we? Have you not felt as if gravity weighed on your soul? This number sounded throatier & moodier than it ever did before. Is it the song that changed? Or are our own sentiments causing this sense of dense bulkiness? And yes, the guitar scurried like a winged demon. Did you notice? This is hastening and chastening!

“Love Ain’t a Love Song” takes a nod to the woman who “didn’t get [him] too far...” It’s a sizzling jinker but the lumbering bashfulness doesn’t last long because there comes the sharpest, silkiest and most elegant guitar solo you’ve heard in a long time and it’s guaranteed to slake away any ill recall or negative memories. Wow, this is a song marked by frenzy!

Then there’s a Gary Moore cover “Midnight Blues” and of course it’s articulate and sweaty. There are taut guitar strings, firm rhythms, and a biddable bass that pulses out thrums of molten tantalite… but deep down this is a godsend for the guitar. A benediction. It comes packed with shooting lines of sound that arrow skyward like incessant, volcanic outbursts.

Reflections come, and reflections go… and the “long song…” was made a lot smoother at The Moody Theater by imbibing “four cheetos (hot) vodkas” Texas style just before going on stage. “Beyond The Silence” is about reality that stings “like hell”. The song comes from the album “Royal Tea” and brought folkloric delights, but also exposed a leathery, country feel that must have pleased the Texas crowd.

This is the closest you’ll ever be to a Bon Jovi / Sambora style glam-rock yell-out at a Bonamassa gig! But it went far further than the Slippery When Wet ones ever would have dared! At this concert, the number drove into prog-rock saloon and pulled up a stool to deliver a slug of Jeff Beckish sparkle and, afterwards, some more spellbinding brilliance on effects. It felt like Joe meant this number should dazzle everything before and after. And it did. Though, deep down, at the very heart, the guitar-man remained the admirably reflective being he always is and always was.

“Miss You, Hate You” (from his debut studio album “A New Day Yesterday”) recounts some of the pain of those earlier days (so long ago) and analyses, perhaps, the least successful moments of an amazing career. It has a purposeful riff and a litter of frowning notes that link the love/hate messaging. This song is the most Tom Pettyish from Joe’s back catalogue and, of course, it’s a liberating anthem.

It’s fitting that the encore to this splendid live show concluded with Robert Johnson’s “Cross Roads” because isn’t that what life is all about? Don’t we all face crossroads every day? It doesn’t really matter if you take the path to the left or the path to the right. Why? Because whichever you choose, you’ll have to make your own fortune. As long as you don’t back down or dare turn around.

And, like Johnson before him, Bonamassa has had the courage to face fortune and keep walking into the wind.

Life is about confronting experiences, not backing down… that’s the only way to come to terms with yourself in this tough old world… Maybe that’s what they mean by “different shades of blue...”

Keeping Blues Alive has been providing an emergency relief plan for touring musicians affected by the COVID-19 crisis. This initiative is designed to support musicians by providing financial assistance for essential living expenses such as food, shelter, and more. Fueling Musicians provides immediate cash payments of $1,500 to help struggling musicians get back on the road again when it is safe. To date they’ve raised $375,000+ and 225+ packages have been distributed!