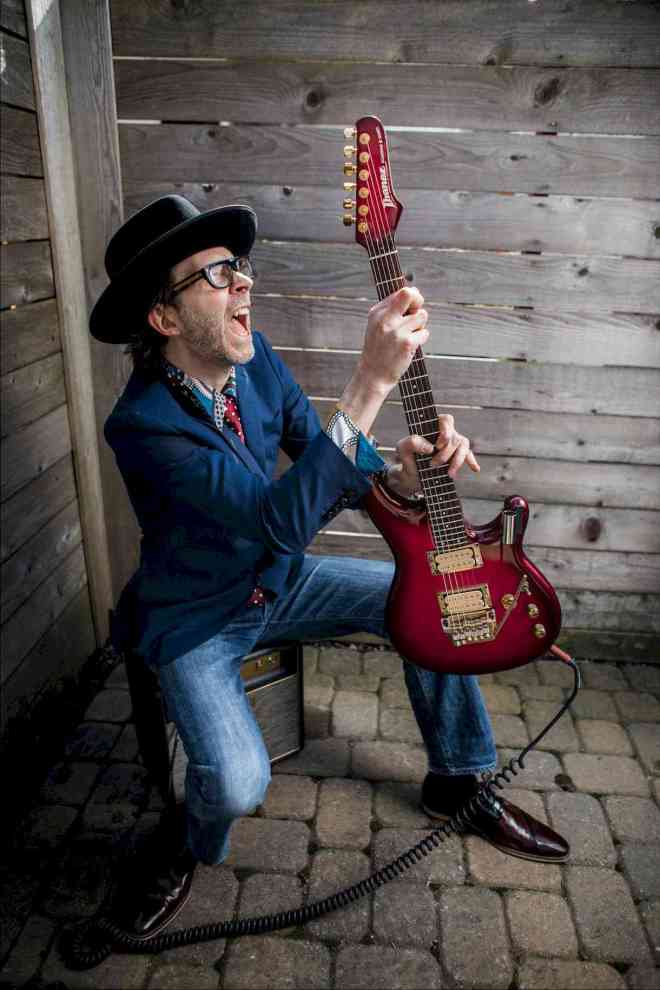 The celebrated Los Angeles based guitarist PAUL GILBERT will release his brand-new album, “Werewolves of Portland” on June 4th  2021 via The Players Club

The hard rock and heavy metal guitarist  is best known for being the co-founder of the “To Be with You” band Mr. Big. He was also a member of Racer X, with whom he released several albums.

GuitarOne magazine voted him one of their  “Top 10 Greatest Guitar Shredders of All Time.”

With lockdowns putting everything  on hold, Gilbert decided to play all the instruments on this, his 16th solo studio album, himself: “It took me about six months to think of it, but it finally occurred to me that I could play all the instruments myself. I’ve always loved playing drums, and I can play bass and keyboards well enough to get the job done…”

“Argument About Pie is one of my favourites. This lyric came from my pre-lockdown experiences of stopping by my local pie shop for a slice of strawberry rhubarb. Amidst all the brewing angst in Portland, the pie shop was a place where everyone was happy and at peace. Eating pie seemed to be something that everyone could agree on. Since my mind has the habit of searching for contrasts, I started to wonder what people might be against eating pie.”

Recorded at Opal Studio in Portland with co-producer and engineer Kevin Hahn, Gilbert pulled out some of his current favourite guitars for the job. “I mostly used my Ibanez Fireman guitars,” he says. “I’ve been collecting vintage Ibanez guitars lately, too. I brought some models from the ’70s, ’80s, and ’90s like the Ibanez Artist, Roadstar II and Ghostrider. I also brought and modified a ’60s Epiphone Olympic…”

“Argument About Pie” flares-open with brightness. The waves of guitar-fluster are fluttering salvos of flame. There’s a waltzing melody too. And floating keys and a gooey bass. If you like lyrics interpreted by guitar, you’ll love this. It’s a bit whimsical (about pie, after all) and reminds us of Focus from the Jan Akkerman era.

“A Thunderous Ovation Shook The Columns” is one of two songs on this disc written about the Russian composer Dimitri Shostakovich. (The other is Professorship At The Leningrad Conservatory.)  This song strides along like a giant balancing himself on wobbly stepping stones. The melodic line is lovable, if not a bit informal. But Shostakovich himself was famed for creating works of “contrast, repetition, and exaggeration…” so we shouldn’t be at all surprised to find here some delightful counterbalance, clever redoubling and more than a bit of irony along the edges. This track might be a disappointment for fans seeking the shredder, though — it’s expressively melodic and hauntingly bluesy — but nonetheless, it has some jaw-dropping ’70s progressive rock stuff going on behind the scenes.

Title track “Werewolves Of Portland” is the most Rush-ish track on a magnificent album that showcases Paul’s solid drummery as well as his squelching, forever scampering, guitar. There are some wonderful descending chord-downslopes and a scooting slice of slink that’s peels off its layers like a striptease floozy emerging from a backroom bar. So, yes,this is a lascivious mooch!

If you love nuanced phrasing, crafty bending and maximum vibrato, this album is for you!