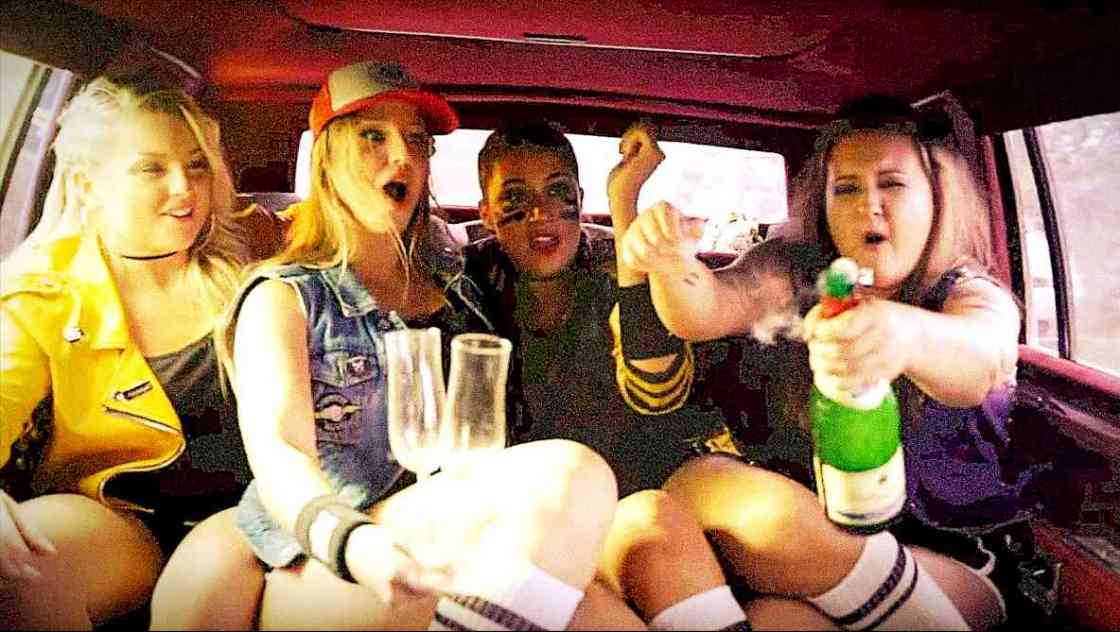 The fourth album from Sweden’s THUNDERMOTHER “Heat Wave” (2020) is a riot of colour, noise and unfettered intention.

With hell-for-leather songs such as “Driving In Style” that are fizzy-hot and dangerously rousing… or take the ingeniously melodic clatter-scud of “Dog From Hell” with its Mick Ralphs-style guitar-work… this album is as percussive as a Klondike gunfight!

The girls are often described, quite credibly, as like: “Airbourne with Lzzy Hale a lead singer…”

Although they’ve been in existence since 2014 the band reformed completely in 2017. Founder and guitar revelationist Filippa Nässil found herself beleaguered when former vocalist Clare Cunningham changed ( musical) direction to head into roots-blues.

The Soren Andersen produced “Heat Wave” stormed the charts and even reached #6 in Germany. And even during the Covid restrictions the “hardest working band in rock” came up with new ways to deliver their sounds (safely) and even played a show from (way up) on the roof of a converted fire truck!

THUNDERMOTHER will release their “Heat Wave Deluxe Edition” as a 2-CD digipak set via AFM Records and additionally with various limited coloured double vinyl versions. Not only can fans find the complete original album here, but also a bonus CD / vinyl with no less than 10 other previously unreleased tracks.

Check out the rhythmical boogie-groove of “You Can’t Handle Me” (video shared below) to hear how groovin’ hard rock can be properly played!

The “Heat Wave Deluxe Edition” is out 21st May, via AFM Records