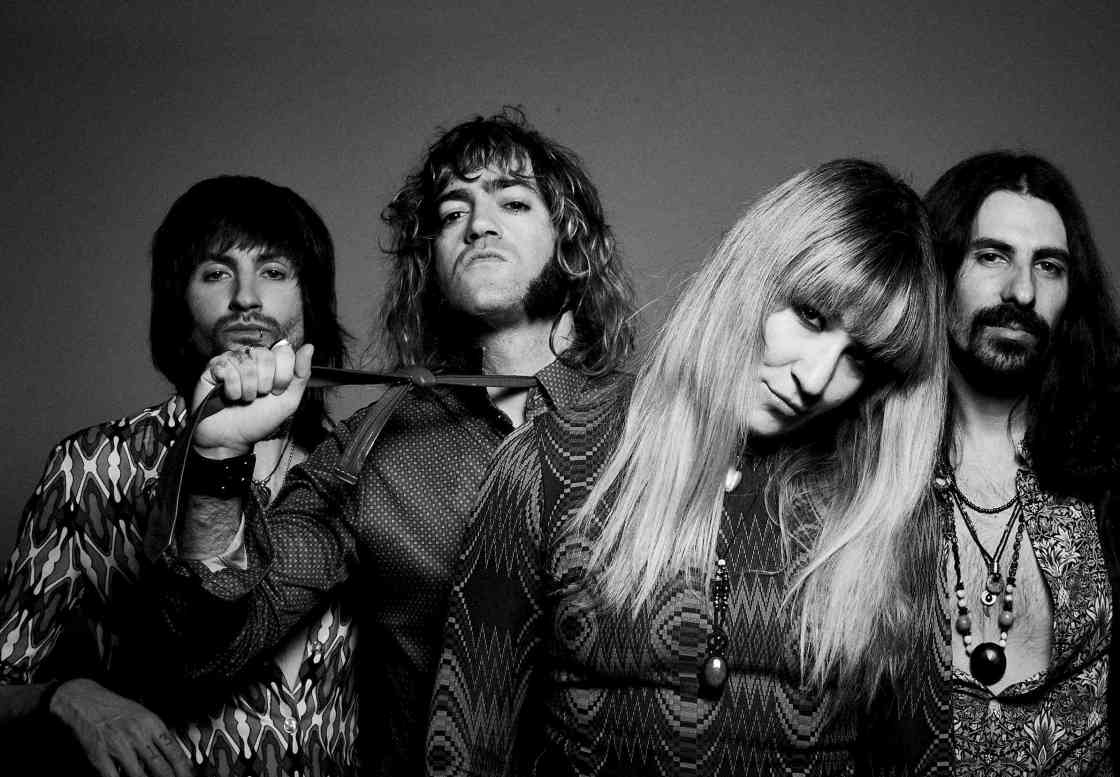 THE DAMN TRUTH Navigate the Mayhem

Montreal’s hippiest rock ‘n’ rollers and revivalist flower-powersters THE DAMN TRUTH release their new album titled “Now or Nowhere” on May 7th  out on Spectra Musique via Sony.

In true hippie style, this new album harnesses the power of love… but delivers it with classic rock kickassness and hard rock punchiness.

With six tracks produced by Bob Rock ( Aerosmith, Mötley Crüe, Bon Jovi) at The Warehouse Studio in Vancouver, the album thinks about where we are now (Covid-wise) and how we navigate ourselves through this complicated time, through life generally, through love and all its travails, and through the mayhem that this world delivers.

We already thought the first single and opening track  from this album “This Is Who We Are Now” was an “incendiary kaboom of commotion, with blazing vocals, powder-keg rhythms and flaming guitars…” In fact, we described the number as a “nitroglycerin love-bomb…”

So now we had a chance to listen to the full album:

“Tomorrow” opens with combustion and fury, and after fiery guitars, a throbbing riff makes its way into the limelight to work its way through the rest of the song. This has a responsorial chorus, so it’ll be fun to chant along to in the mosh-pit. The vocals are blazing stars of shimmer and this whole thing is sure to light up your day…

The Damn Truth are often compared to late 1970s era Heart and one can see why on “Only Love”. This has the same brilliant glory you’d expect from the Wilson sisters, but also the boldness, and of course it’s magnificently melodious. It soon takes on a biker beat (Tom Petty-style) with screeching guitars and (as usual for this band) a fine and graceful chorus. There’s even a touch of ’70s-style glamor to this fabulous mix-up of classic rock styles… in fact it’s a number that’s bundled with classic rock conceptions…

Absolutely wonderful!  In our review copy of this album “Only Love” is listed as track three and yet we think it is so perfect — so abundantly full of ideas and virtuosity — that we are tempted to settle at this point in a reposed state, satisfied, delighted & sure things can’t get any better…

But that would have meant missing out on the jangle of “Everything Fades” that comes with a Dylanesque sense of smirk and simper. Or the jackhammering buzz and intense power drilling of “The Fire” that establishes Lee-la Baum as a fireball-powered human dynamo filled with fervency. Vincent Furnier cognoscenti and classic rock enthusiasts will detect a bit of “Billion Dollar Babies” (1973) in the rhythms on this one too. Boy-oh-boy, it is delicious!

“Full On You” sounds like something your mom (or, let’s face it: your grandmother) played on her Dansette platter while she picked out a fringed suede miniskirt to go with her white go-go boots. It’s Rita Coolidge meets Delaney & Bonnie collaborating on a Tracy Nelson (Mother Earth) number at a Jefferson Airplane concert. If you know who any of those artists are, you will know what we mean by this and how good it is!

Lastly, their ‘Stairway to Heaven’ track titled “Shot ‘Em” ambles in timidly… but you’ll know from experience that ballads like this are built to stimulate… and boy does this impress! The vocal stunts are amazing, of course, but there’s guitar magic here too; and the musical organization and modal mechanics are flawless. This is everlasting!

Present alongside Jefferson Airplane, Big Brother & Holding Company and even the metallic edge of Blue Cheer

‘Now or Nowhere’ by The Damn Truth is released by Spectra Music/Sony Music on Friday May 7th
Pre-order here: https://linktr.ee/thedamntruth/