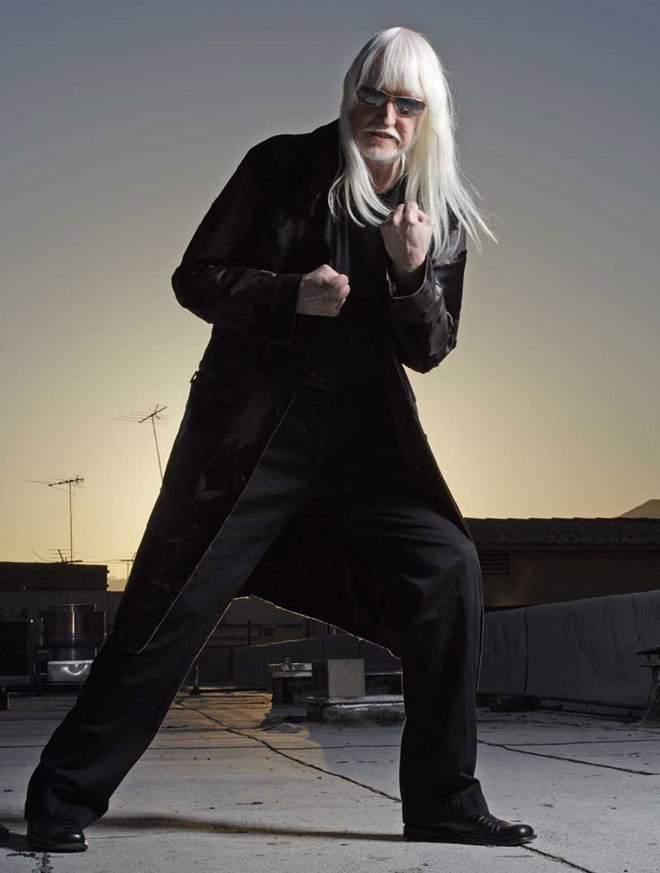 The album is set to be a compelling and eloquent auditory journey, exploring the span of Johnny’s electroacoustic life, and fastidiously orientated, as only an admiring brother might achieve.

This collection exemplifies Johnny’s trajectory as a virtuoso interpreter of high-energy blues rock, and cherishes his extraordinary artistic endowment while incorporating a personal tribute from brother to brother, for which Edgar penned two new songs.

The project has been years in the making. Edgar was first approached about it just after his brother’s passing on July 16, 2014. Johnny had played the Cahors Blues Festival in France, which was destined to become his last show. He then traveled to Switzerland for his next performance, but passed away in his sleep that night, in Zurich, before he ever got the chance.

I was totally devastated, and the timing just didn’t feel Right…

“It wasn’t until after I completed the Rock ‘N’ Blues Fest, a tour we were meant to do together with our respective bands, that the idea of a tribute record started to take form.”

Edgar explains, “I had naturally expected the whole thing to be cancelled. But much to my surprise, the promoters begged me to go on with the tour as planned, asking me to headline. The first night, after playing Frankenstein, I closed the show with Johnny B. Goode, Rock and Roll, Hoochie Koo, and Jumpin’ Jack Flash, dedicating the end of the set to Johnny.”

Edgar Holland Winter had previously worked on a live album of classic rock ‘n’ roll and soul standards with his older brother, John Dawson Winter III, in 1976. The disc was titled “Together”. Johnny played guitar, and Edgar the sax.

The first single to be taken from the new “Brother Johnny” album is Johnny B. Goode and features Edgar Winter, Joe Walsh and David Grissom. The album is due, April 15th.

Fans can stream the single via this Smart URL – https://smarturl.it/johnnybgoode