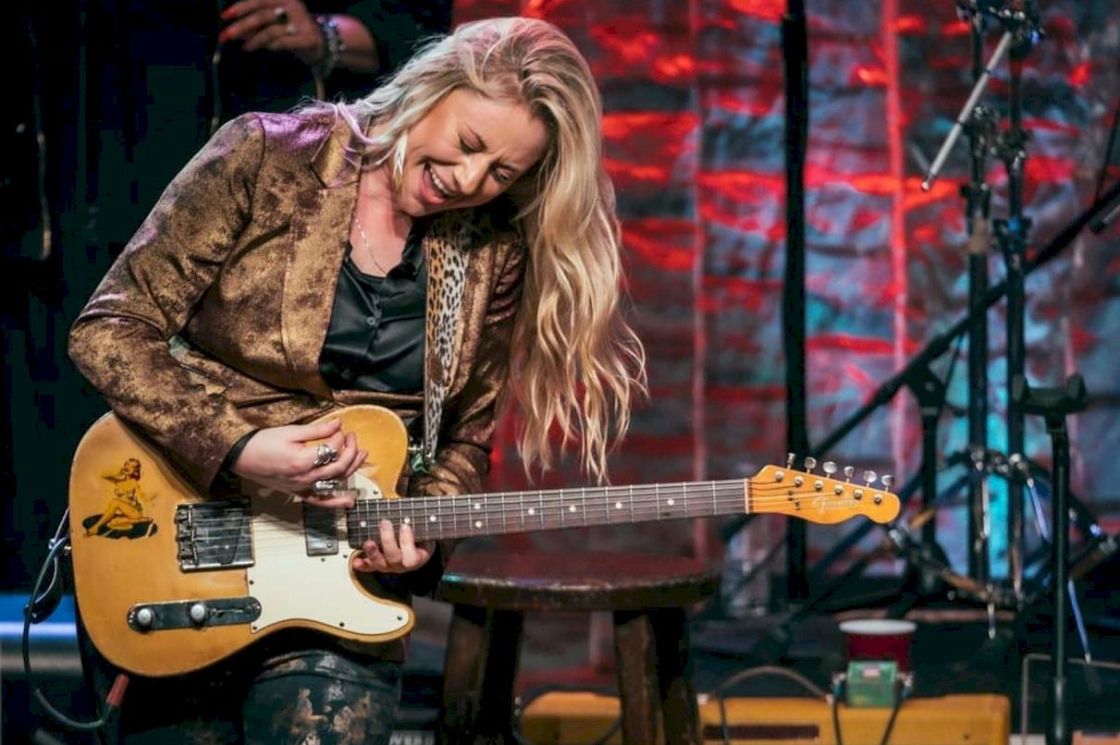 JOANNE SHAW TAYLOR — the award-winning and much-garlanded West Midlands UK-born blues-rock vocalist and total guitar genius will release a new 16-track album “Blues From The Heart Live” on 10th June 2022  ahead of a short UK tour which starts on Saturday April 23rd (dates listed below.)

This stunning live album was recorded and filmed at The Franklin Theatre, Tennessee on January 20, 2022, and features incredible guest performances from Kenny Wayne Shepherd, Mike Farris, and Joe Bonamassa.

she lights the sky like a Silver storm of cosmic dust…

The audio was produced by Joe Bonamassa + Josh Smith at Blackbird Studios, Nashville, and was mixed by Kevin Shirley (Led Zeppelin, Iron Maiden) at The Cave, Australia.

As a taster of what’s to come, “Dyin’ To Know” (video shared below) a song that was originally found on her 2016 album, Wild, has pebbles of texture and pulsates with edginess. Her pristine string-style is Robert Crayish in character, and although her unflinching vocals are cold as a silver storm, she lights the sky like cosmic dust.