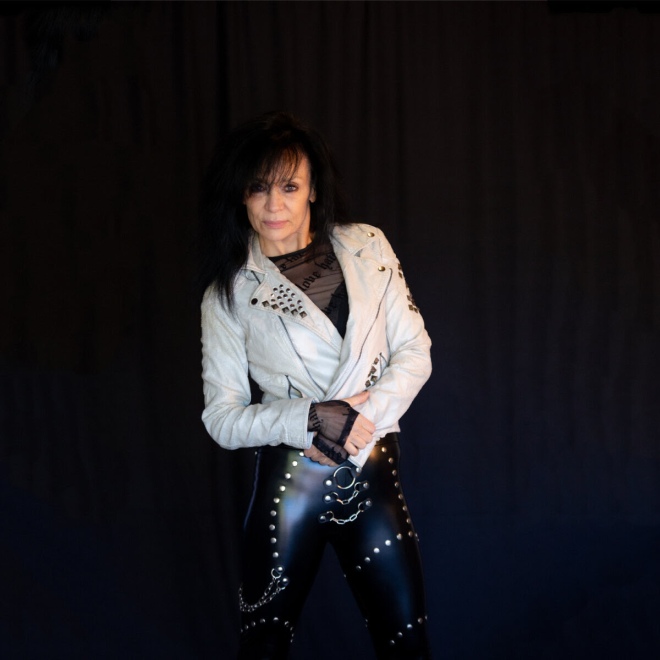 Legendary American heavy-metal vocalist LEATHER (Leather Leone) releases her new single + lyric video for the song “Who Rules The World” this weekend. The song is taken from the new studio album “We Are The Chosen” due 25th November 2022.

Leather is perhaps best known for fronting the groups Rude Girl and Chastain in the 1980s.
Her first solo album, Shock Waves, was released in 1989 via  Roadrunner Records.

“Who Rules The World” (video shared below) is a megaphonic reverberatory thundershock with growling guitars but also dazzling moments of melodic sleekness in the heddlehook of sound. The vocal is, of course, immensely authoritative and swayfully superdominant.

The song seems to be about the diabolical computerized/industrialized hammermilling of public and private life, while at the same time being a chant for deliverance & victory over a whole host of ills.

This is a stunning piece of symbolistic & polychromistic architectural music-making! We can’t wait for the full album!