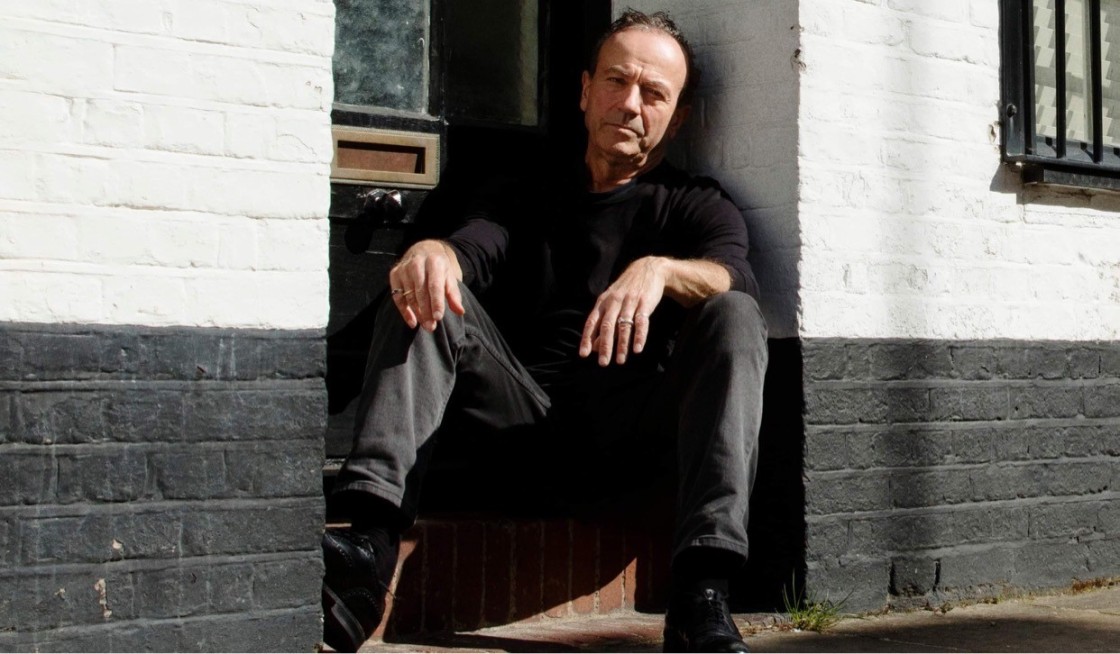 The pioneering music maker HUGH CORNWELL released his tenth and newest studio album “Moments of Madness” on Friday October 21st via HIS Records.

Cornwell grew up in Tufnell Park, London, then Kentish Town. In school, he played bass in a band with Richard Thompson, later of Fairport Convention. After earning a degree in Bristol, he embarked on post-graduate research in Sweden where he formed the band Johnny Sox.

Cornwell returned to Britain in 1974, with the name Johnny Sox. Drummer Jet Black joined. They later enlisted bassist Jean-Jacques Burnel. Keyboardist & saxophonist Hans Wärmling came over from Sweden, hung around, and participated a little later. The Johnny Sox name was dropped. They adopted the name Guildford Stranglers. Black registered the name Stranglers as a business in 1974.

After leaving the Stranglers, 1990, Cornwell worked with Roger Cook & Andy West as CCW (Cornwall, Cook, West.) Their self-titled album was released in 1992.

In 2018 Cornwell signed to Sony as a solo artist and released his ninth solo studio album, the concept piece: Monster.

Regarded as the preeminent epigramatic elocutionist of the punk generation, Cornwell has established a significant & prodigious body of work over the course of an impressive nine (now ten) solo albums.

The first track taken from the new album, titled “Red Rose” — a song perhaps lamenting society’s addiction to tattoo, and already released as a single— was a dry-shod and umbratic number filled with atmospheric perspective and eerisome shade. The rhythms were a little powdery in places, but the lyrics were undeniably unshowy, though droll and mannered. And the number was certainly nostalgic. The experience was a bit like listening to Bowie’s Velvet Goldmine, picked-over by Lou Reed, and nonchalantly accompanied by “Woody” Woodmansey on loose-wristed drums.

Coming out of the Wilderness, probably a study in sociopathic aloofness, is a  cold-rolled vent with back-to-back boilerplate rhythms, a cool incantational atmosphere, and clangs of guitar that seem to vibrate across the scene like scratched pennies clawed across crinkled sewer grates. The voice is, perhaps unsurprisingly, astringent and dryly sarcastic As fans will know, this is Cornwell’s natural setting: attentive, discerning, and even perhaps a little heedful… though the artist remains almost half-concealed (as always) playing the observer in the backcloth of popular culture.

With a rumbleblock of blunderbussing bass-notes and bren-gunning rhythms ‘When I was a Young Man’ is a crab-apple sharp punk number with lemony squirts of guitar. Lyrically, it seems to consider the political adroitness of our (younger) selves and how we must shift our focus if we want to accommodate inclinations & expectations in (our older) age. So, for those reasons, it’s a song of forgiveness: though it’s important to note that the poet-minstrel forgives himself innerly. This is not about acknowledging the mistakes of others (or of society.) Not that this song feels at all inward or melancholy! Oh no! Like all the pieces on this impressive collection, it’s cathartic and broody  and yet entertaining (obviously not a barrel of burst-out  laughs, but entertianing nevertheless) and you’ll know what we mean by entertaining, if you’ve been an enduring fan of this astonishingly originative music-maker for years and years. You’ll know his brand entertainment comes with wry lyrics, clever arrangements, and satire in the musicianship. This means that even the most emotionally charged subjects can be tackled with some degree of levity.

Yes, this is a dry, poetical, relatable, and a skilfully dour commentary on a society that’s (still, even after the last 48 years) as disfigured and stiff-hearted as it ever was! Thank goodness we have an angry hero like Hugh!