Jaya The Cat – Returns to the UK With a New Album 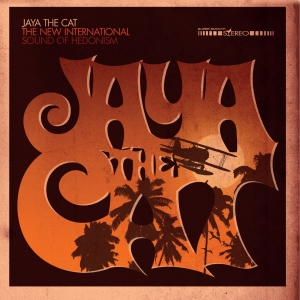 Originating from Boston and currently based in Amsterdam, the Netherlands, Jaya the Cat play an uncompromising and original mix of reggae, punk rock and ska music.

The band have announced a set of UK tour dates to coincide with the release of their new album.

Jaya The Cat´s new album THE NEW INTERNATIONAL SOUND OF HEDONISM continues where their previous album MORE LATE NIGHT TRANSMISSIONS left off – giving old and new fans alike a new chapter to listen to, dance to and to fall in love with.

Already described as ‘The perfect summer album with a dark edge’, we took a listen, and here’s what we thought:

‘Rebel Sound’ is a bath of butter. It slides in and out like a scratch trombone in the fat. Here, the ‘rebel sound’ is ska-shaped, funny, busily burping and cheerful. Scratchy as a gnat bite in a rude place, this song will vavavoom your pun pun like nothing else can.

‘Late Night Sonic Insurrection’ is reminiscent of doo-woppper Bruno Mars “The Lazy Song” – this has the charm of the elegant forties big bands, with tea-cup percussion chipping along, and a low blow really presumptuous reggae beat, that gently wafts you off to exotic places.

‘Here Comes The Drums’ touches you with the edgy punk vibe and long juicy keys that are twittering about amongst those vibrating & fruity lips. Tasty and delectably danceable.

‘Unconditional Love’ is heartache reggae. Feel the raindrops slide down the windows in a lazy, sorrowful fashion, as this song slowly lumbers along. How do you feel the loneliness of the living city if you are dead inside?

‘Put A Boombox on My Grave’ features The King Blues singer Itch Fox. Starting with a conceited rap, this soon eases into a rocking anthem that frees the fire that smoulders inside you.

‘Thessaloniki’ – Sounds like the package-tour diary of a very naughty boy .This is another of Jay The Cat’s punk sounding tunes- it will remind you of The Jam.

‘Peace and Love’ – is a slice of classic, hot-sweat, installation Reggae. This song will make you grow some more. It will gently blow you until dawn. Floridly hot, sweaty and churning with steamy ribaldry . And we all know that “All that stupid shit don’t mean nothing …” But it’s good to be reminded.

‘Okay’ sounds like a ‘Style Council’ offering. Knowing, saucy lyrics, along with bursts of guitar that twine together with a slinky organ, help make this song feel like it is teetering on the brink of an unknown precipice. Just waiting for the climax. But it’s such sweet agony.