Sunset Boulevard glam-metal heros L.A. GUNS formed in 1983 by guitarist Tracii Guns,  gave rise to Axl Rose, Jizzy Pearl, Stacey Blades, Scott Griffin and many others. The first incarnation of the band [there have been several] combined with HOLLYWOOD ROSE to form Guns N’ Roses.

The original version of the band is still with Tracii Guns on lead guitar and fronted by Phil Lewis. Michael Grant plays guitars, Johnny Martin bass and Shane Fitzgibbon on drums. They are to release a new album “The Missing Peace” this month.

BACKYARD BABIES are one of Sweden’s most roaring and prosperous rock bands.

They have won several Grammy awards, sold gold albums and notched-up world tours… The band officially reunited in 2014, five years after they announced a nebulous hiatus.

HRH SLEAZE takes place at the O2 Academy in Sheffield between 1st-2nd September, 2018

The festival is already 58% sold 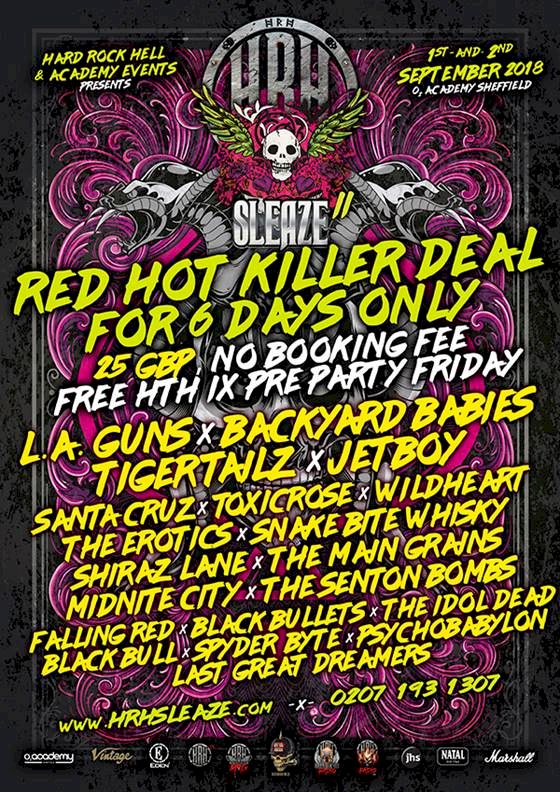