The Serbian blues guitarist and singer songwriter ANA POPOVIC has added a London Borderline show to her nationwide tour [dates below] on Saturday 11th May.

Popovic says, “I hope that my music inspires others to motivate ladies all over the world to be successful, energetic, empowered women on a mission, and to motivate men to give them that chance.”

In 1999, Popović formed the Ana Popović Band in the Netherlands after time spent with her band Hush in the late 1990s. In 2000, she appeared alongside Eric Burdon, Taj Mahal, Buddy Miles, Double Trouble, Eric Gales and others, on the Jimi Hendrix tribute album Blue Haze: Songs of Jimi Hendrix

In 2014 she was nominated for Contemporary Blues Female Artist of the Year, at the Blues Music Awards. 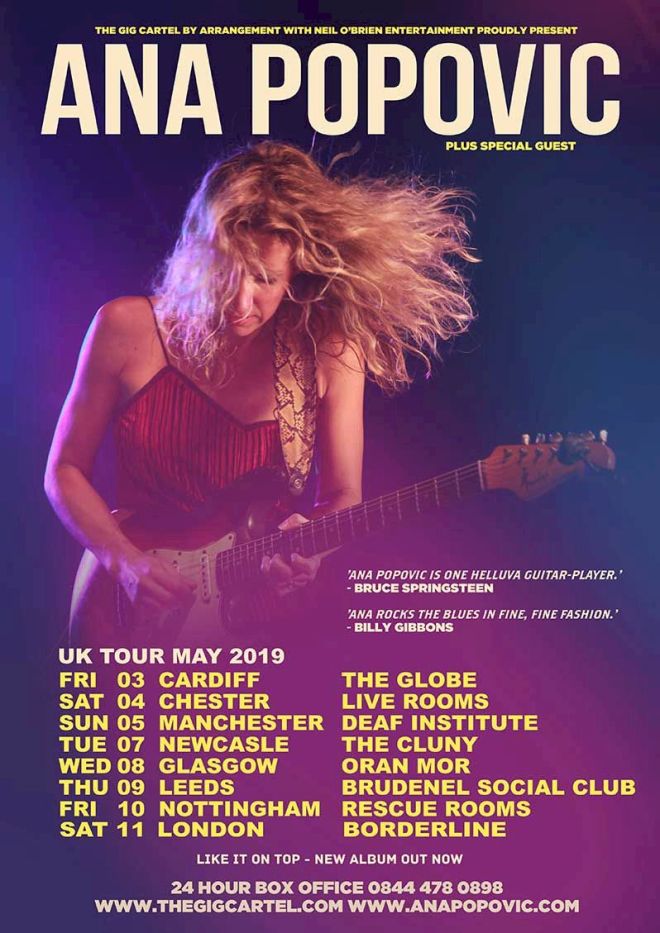 You have been sent this post because you have chosen to follow RAW RAMP the music blog. You may UNFOLLOW at any time