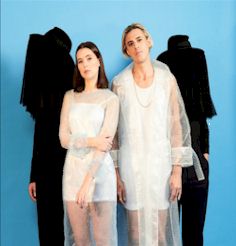 Brisbane’s electro-poppists CONFIDENCE MAN with Janet Planet & odd-dude Sugar Bones, are arguably one of the hottest feelgood acts on the planet right now. Their “Better Sit Down Boy” was halfway between The B-52’s and Dannii Minogue

Where: Brighton Central Beach
When: Saturday
File alongside Deee-lite

London-based soul singer-songwriter AMAHLA is a PRS Lynsey de Paul prize-winner (2018). “Dorothy’s Verses” taken from her recent “Consider This” EP is a sweet joy of diverging trills and commodious lows set within a vintage soundscape.

Where: Queens Hotel
When: Saturday
File alongside: Lauryn Hill

We’ve been banging-on about the nomadic singer-songwriter MICHAEL BAKER and his voice of butter-syrup ‘n’ regret, for many years. His 2017 hit “Revolving Doors” had ever-entwining strings, icy piano glitters and harp waves; Now he voices as if he’s softly cob-web trapped but iron-willed in strength.

Where: St Nicholas Church
When: Saturday
File alongside: Byrds 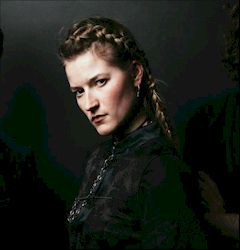 In the past we have described ROSIE LOWE as: “Cold and as filamental as you [could] possibly bear.…” And it’s true that her style of indie-tronic R&B boasts gangly beats, shimmering vibes and a shaky voice that’s merely a whisper of cream…

Where: The Dive Bar, Beach
When: Friday
File alongside: Bjork 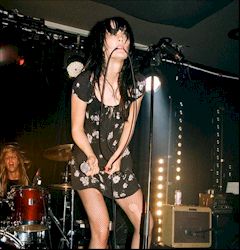 We first wrote about the London-based singer Kitty Austen and SAINT AGNES when they were merely a cinematic duo; with a strumming Jon Tufnell way-back in ’14. Since then, Ben Chernett (bass) and Andy Head (drums) have joined the band and they have notched-up over 200 shows UK-wide. Their “Diablo, Take Me Home” is dry, cutting and breathtaking.

Where: Prince Albert
When: Saturday
File alongside: Dead Weather 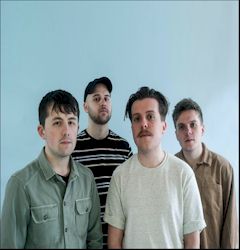 We first saw the Bridgwater, Somerset band CHINA BEARS (fronted by twins Ivan and Frazer) at the ACM Summer Live showcase. The band originally boasted Rosie but when we saw them (and subsequently) they’ve become a quartet. They brought us bumptious bass-lines and kite-running anthems.

Where: Three Wise Cats
When: Friday
File alongside: The National 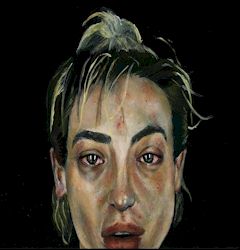 DU BLONDE is the nom de plume of the non-binary Newcastle upon Tyne multi-disciplinary musician, composer, artist Beth Jeans Houghton. The newest album “Lung Bread For Daddy” is one person’s account of what it feels like to be leaving their 20’s to fly into an unimaginably unstable future.

Where: One Church
When: Saturday
File alongside: PJ Harvey

Bournemouth based singer-songwriter JAZZ MORLEY has been making waves with her beautiful soul-influenced electronica since we first saw her, back in 2013. Her recent “Wash Over Me” is about developing a thicker skin to deal with the slings & arrows of modern living. It’s relaxing and iridescent and a thing of transient, sweet joy.

Where: Unitarian Church
When: Friday
File alongside: Jessie Ware

Pop anthem princess EVA-LINA is our new fave. When the Swedish artist and producer is barking: “Back off, I’m not your property…” she represents all self-empowered females everywhere. Her astonishingly catchy numbers are the [best] side of naughty and the [fierce] side of insightful.

Where: North Laine Brewhouse
When: Friday
File alongside: Charli XCX

Despite sounding like a holistic remedy, the London based psychedelic soul songstress GREENTEA PENG creates sunshine rhythms and honest lyricism. Her woobly-and-groovy “MOONCHILD” was a wave-chill of depth and emotion. She offers best urban vibes a-plenty, bar none.

Where: Patterns downstairs
When: Friday
File alongside: Lauryn Hill

Named after Brighton dipper, The Venerable Priestess of the Bath: MARTHAGUNN is a local (Sussex) five-piece who create 1970s style indie-rock moments that are lush and vintagey and, almost (but not quite) album-oriented rock throwbacks…

Where: Fabrica
When: Thursday
File alongside: Fleetwood Mac 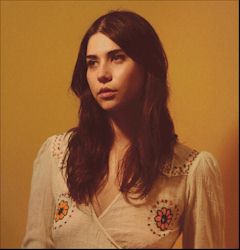 American Beauty PEARL CHARLES is like a languid twenty-first century Julie London with a jolt of electricity up her doodah. Her debut album, Sleepless Dreamer, described love affairs and disheveled sunrises.

Where: One Church
When: Thursday
File alongside: Lana Del Rey 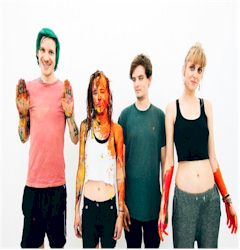 The London UK based post-hardcore band PETROL GIRLS with members from Austria, Lithuania and “all-over” the UK are all about putting women centre-stage and turning up the volume…

Where: Prince Albert
When: Friday
File alongside: Dream Nails

To coincide with the release of her self-titled EP, the Irish (Kildare) based progressive alt-folk artist SIVE — aka Sadhbh O’Sullivan — has released a slice of intricate alt-folk titled: “Yuki Onna” the fourth single to be taken from the EP. It’s an unforgettable, quavering pleasure with pondering voice and palpitating guitar.

Where: The Richmond,
When: Friday
File alongside: This Is the Kit

The Great Escape three-day music Music Festival is held in Brighton and Hove, England 9-11 May. It is operated by MAMA Festivals.
Link: https://greatescapefestival.com/