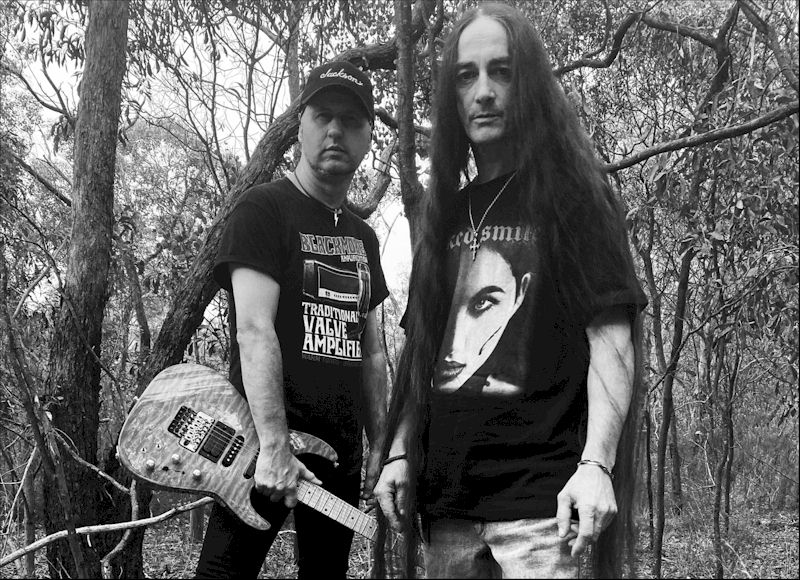 The Australian hard rock band WICKED SMILE have now released their debut single ‘We Fall’ which can be streamed or downloaded via all digital platforms. See below.

The debut single was recorded and produced by Paul Laine (The Defiants) who also played bass and sang backing vocals.

Guitarist Stevie says: “I started the band with a vision to get back to a more heavy rock sound which focused on old school catchy anthemic songs.”

“The single starts out with didgeridoo to set the mood and introduce our Australian heritage, followed by a heavy guitar riff with lyrics about society and the questionable decisions being made by our leaders in power/government”.

When it was time to find a lead singer, Cecati expressed an interest right away. Danny is the real-deal. Not only does he look the part, he has a voice to back it up. Danny is arguably one of the best hard rock/heavy metal vocalists in the country.

Danny & Stevie have been friends for many years. It’s only fitting that they finally get to share the stage together in their own band.

Danny says: “The initial feedback from the unmixed outro sample we put out a few weeks back has been fantastic. All of the songs that we’ve recorded are sounding awesome…”

We had a listen:

After the didge, a rasping riff is initiated. The voice is powerful & glorious and the musicianship is seriously turbocharged and asphalted … with a brazen guitar that adds glamour and sizzling zing.