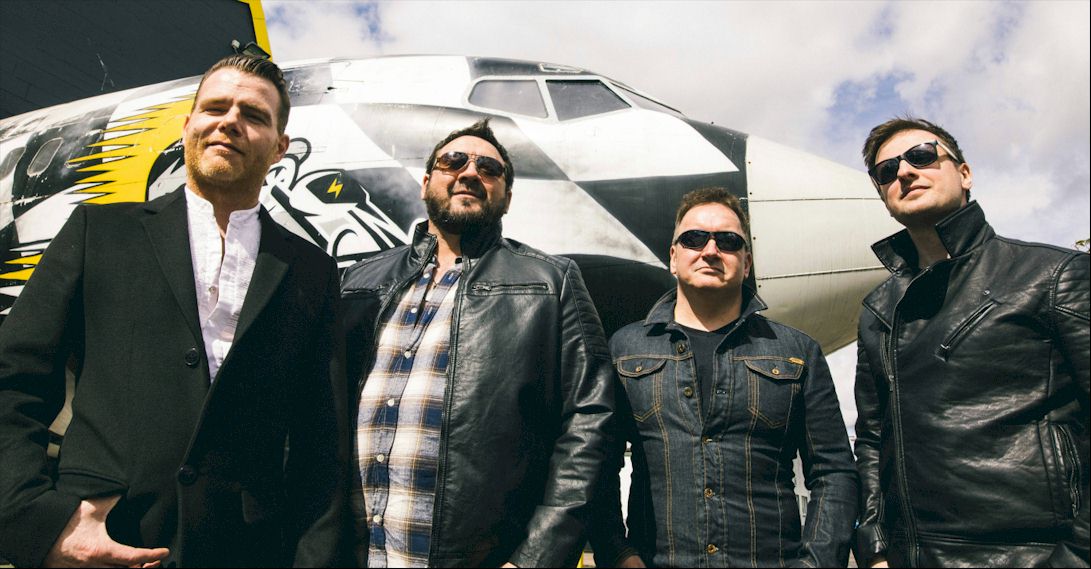 KING KING — I Will Not Fall

On Friday 28th, the phenomenal blues-rock band KING KING released their new single “I Will Not Fall”. [Lyric Video Shared Below]

On the groovy new sound we acclimatize to what might be King King’s new songcrafting : i.e. harmonized rock with a moving, soulful disposition.

So, the Hammond organ and guitars interrelate with each other to form a tartan fabric of sound, that complements the bobbinets of houndstooth rhythm.

The voice is careworn . . . but gives you strength— like taking a slug of maltworm & mabby. And this highly funkitized, cock-a-leekie gumbo, simmers until Alan’s guitar sword strikes out near the end… that’s when you know how much heartbreak and anguish has gone into this piece… and how much pain has been expunged in production. A purifying number.

The new single was co-written by the four members of the band, including the new bassist Zander Greenshield, Jonny Dyke (keyboards), the new drummer Andrew Scott and Alan Nimmo (guitar, lead vocals).

“I reached a stage where I wanted to regain control of my life, career and future,” says Alan Nimmo. “I made a number of changes within the band and people surrounding the band. That was a lot of changes at one time. It was a daunting feeling, but they were important decisions that had to be made.”

“Making these kind of decisions leaves you feeling slightly worried about whether or not you’re doing what’s right and what’s best for, not only myself personally, but also what is in the best interest for King King. I decided to try and be more proactive. One of the first things I did was start up my own record label and surround myself with the right people who can take King King to the next level.”

“It’s refreshing to have people at our side who have a genuine belief in the band and what we’re capable of achieving […] I immediately felt energized and I had a sense of freedom that I hadn’t felt for a long time. When we decided what song we wanted to release as the first single [from the new album] we wanted to give our fans a great representation of how the new material was sounding and to let them hear that no matter what.”