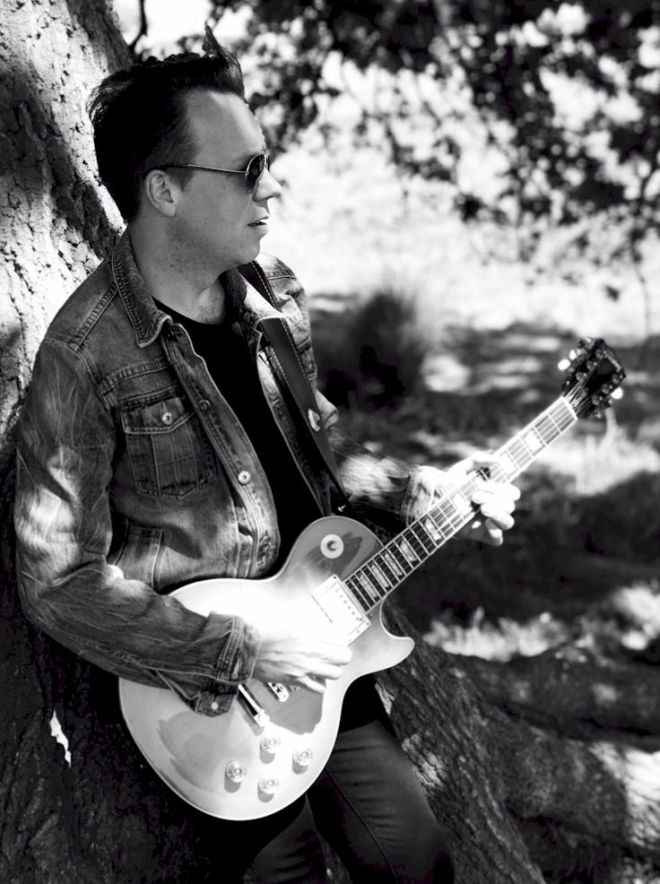 The undisputed guitar superchampion JIM KIRKPATRICK (best known for his work with the celebrated British AOR band FM) released his solo album, “Ballad of a Prodigal Son” — a twelve-track “blues-rock outing” on Sept 4th 2020 via US One Records.

We described the record as “easily accessible blues-rock — sharp as a pirate’s cutlass...”

Jim has now released his second single from the album, titled ‘Ain’t Goin’ Down Alone’.

“It’s a dark track,” says Jim, “If I’m going down then I’m taking you with me’ is the sentiment.”

Composed by Kirkpatrick and Scott Ralph (Chris Bevington Organisation) the track features some tasty guitar work by Jim and draws on Jim’s friends for collaboration:

The song has a bold blues riff, calibrated lead guitar sparks, and inspired ‘n’ driven vocals, of plumcot and gingersnap. The words bring a true sense of guilt-free confession.

This will certainly be the loudest blues you’ve heard in a long time, with the hottest guitar touches this side of the Mason-Dixon line and, of course, that demon-filled voice will fill your heart with infallibility.