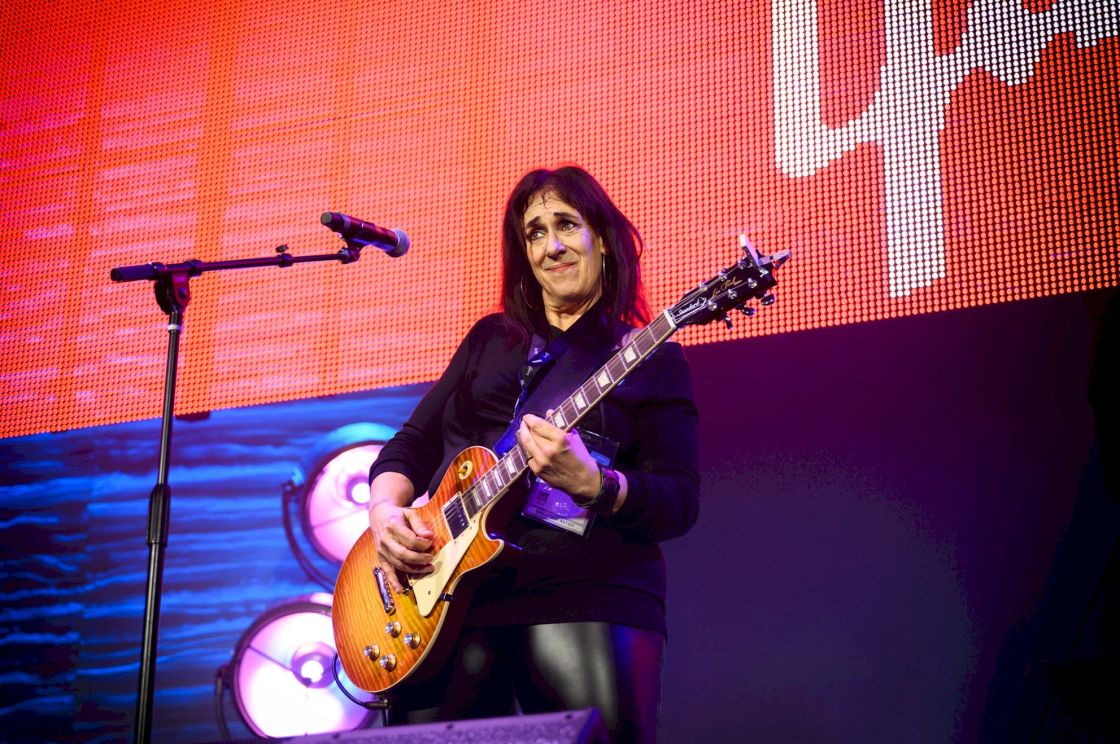 Joanna is famed for turning her exploratory guitar sounds into many shapes and sizes; to assume many forms — and, because of her inclination to encompass varied musical genres, this results in some memorable and harmonious masterpieces. The new album is named after the street address in Chicago that housed Theresa Needham’s Blues club.

Theresa Needham was known as “the Godmother of the Chicago blues” and opened the basement club in 1949, which soon attracted big-name musicians including Muddy Waters, Jimmy Rogers, Otis Spann, Little Walter, Otis Rush, Earl Hooker, and Howlin ‘Wolf. The club even boasted a house-band that featured Junior Wells and Buddy Guy!

“We want the listener to open that door, walk in and feel to their core some of the magic that a place like that brought night after night. It was an honor to bring this to you, the listener...” Joanna says.

Joanna, Joe and the other musicians involved in the project strove to summon the most credible, meaningful, pure and comprehensive vintage sounding Chicago blues:

“We used no effects, lots of cool guitars and vintage amps…” she says.

“We tried to redo it to portray the deep history I have in the blues genre, bring out the thousands of sweaty hours in those blues clubs in Chicago and deliver it to the record.”

The new album features a host of superlative musicians like Josh Smith (guitars) Reese Wynans (keyboards) Calvin Turner (bass) and Lemar Carter (drums. As well as, of course, Joe Bonamassa (who plays on all tracks!) and many other Nashville notables.