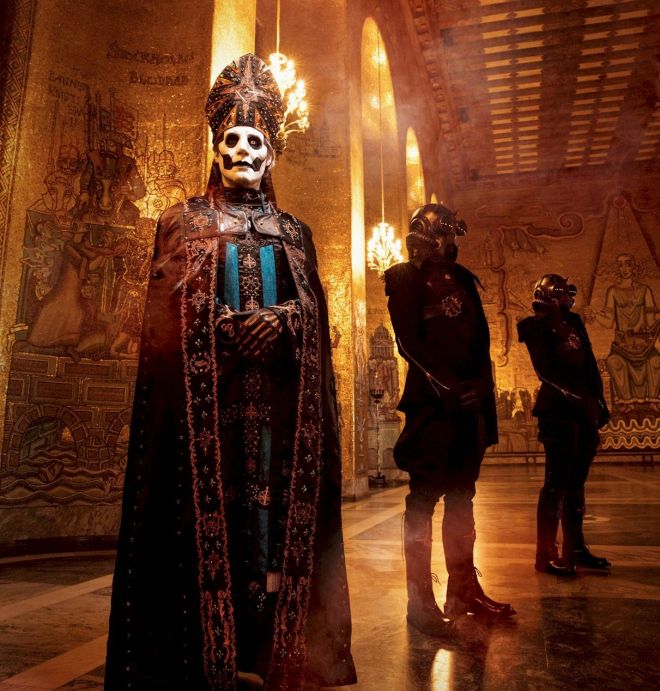 “We’re building our empire from the ashes of an old…”  they announce, as they unveil the first official single to be taken from the album, the reverenced & spellbindingly melodic “Call Me Little Sunshine” (video shared below.)

Produced by Klas Åhlund (who has worked with Robyn and Paloma Faith, amongst many chart-topping pop names) and mixed by Andy Wallace (who has worked with Rage Against the Machine, Guns N’ Roses, Linkin Park) IMPERA  promises to be the most enterprising and expressively penetrative entry yet in their thermeneutical liturgy.

The Most expressively penetrative entry yet in their thermeneutical liturgy…

All these dramaturgicals  are brocaded against a broodingly ethereal and seductively propulsive sound-myriorama that establishes IMPERA as a uniquely bewitching  experience for any listener — yet remains distinctively striking, in other words, still the essential & uncompromising Ghost we’ve come to love!

Ghost will co-headline a 26-date U.S. arena tour with  Volbeat  on January 25th, before arriving in the UK & Europe this April & May.