With two United States tours [with Steel Cranes and Weird Omen] already under their belts, the all girl garage/psych rock group THE DARTS are gearing up to take their music overseas for a European tour this May [see Tour Poster below]

Formed in 2016, The Darts are the explosive union of Nicole Laurenne (The Love Me Nots, Zero Zero, Motobunny), Rikki Styxx (The Dollyrots, The Two Tens, Thee Outta Sites), Christina Nunez (The Love Me Nots, The Madcaps, Casual Encounters), and Michelle Balderrama (Brainspoon)

Their debut EP was self-released on ten-inch vinyl in October 2016, with a second EP released this January. The band signed to Dirty Water Records, which re-released the two EPs as one full-length digital album in January 2017.

A second full-length album is much anticipated this summer with new tracks already prepared. 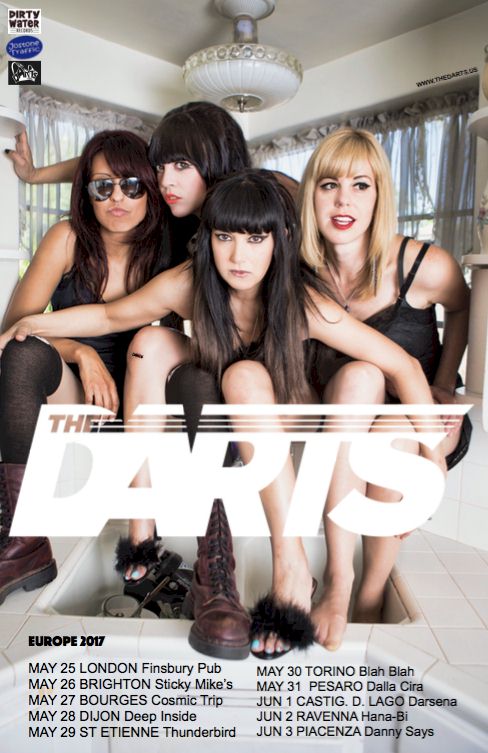