If you like your blues highly polished and filled with excitement then you will discover that the voice of SARI SCHORR is voice is heady as balsam and viscous as cough syrup. We suggested she delivers her songs on the second studio album “Never Say Never” with “skill, sensuality and unchained energy…”

Her live performance is hot as paprika smoke. With intense excitement & eager enthusiasm… 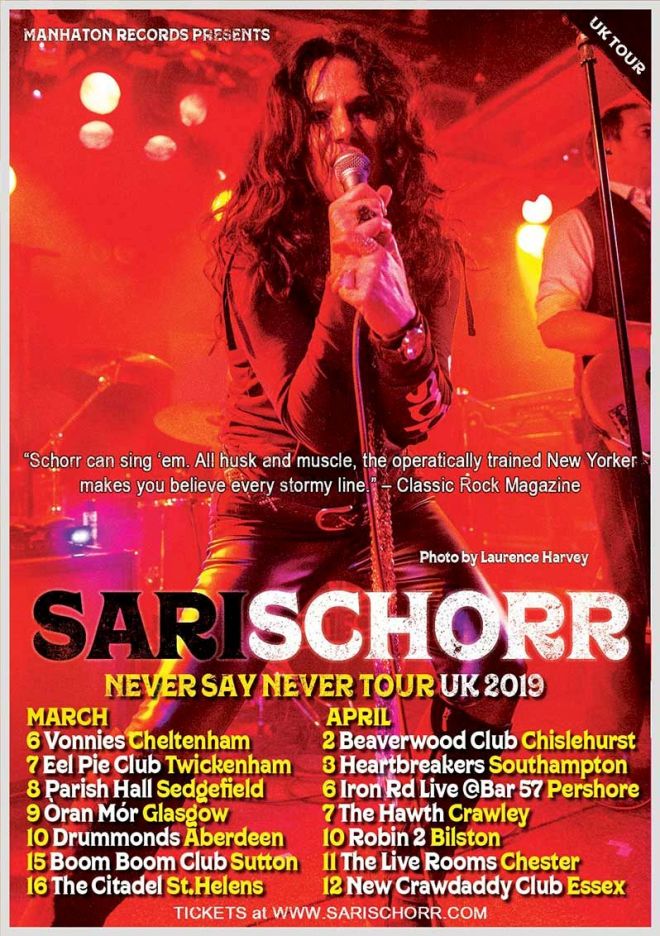