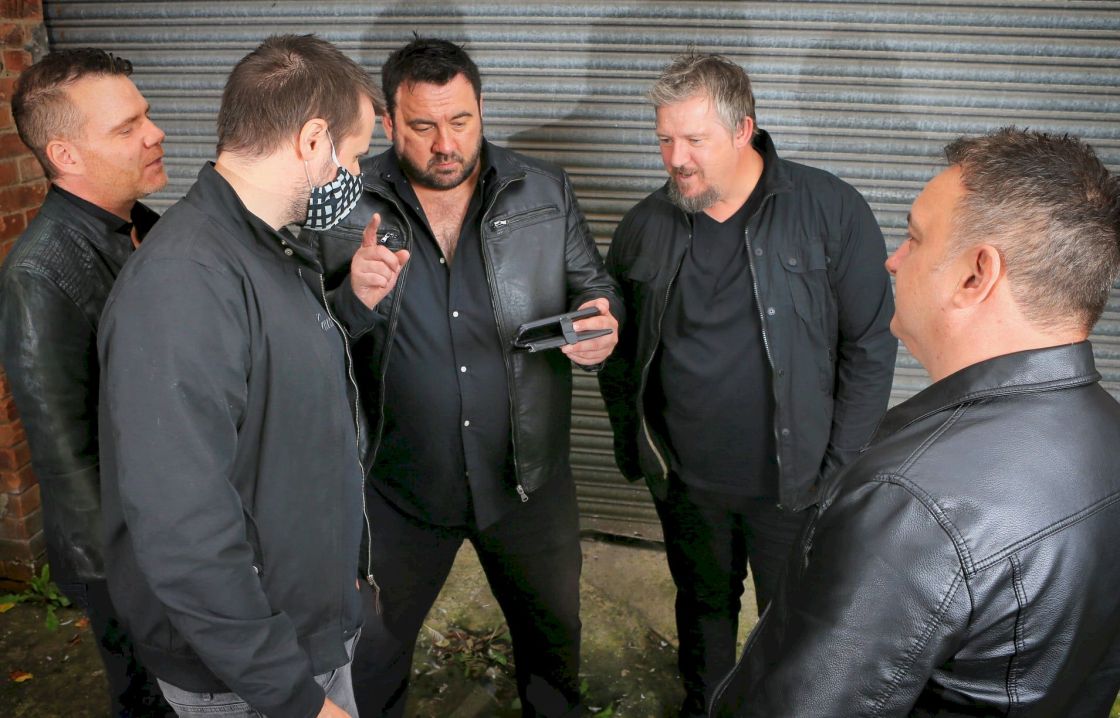 With these wonderful new sounds we acclimate ourselves to what could be a new trajectory in King King song-making, that is to say: softly harmonized rock that thrives on soulful arrangement.

“Recording the new album with the new line-up has been a whole lot of fun and very interesting,” said Alan Nimmo. “It’s great watching the guys using the great talent they have bringing the songs to life.”

“Never Give In” is a pounding rock thump with vast guitar slabs and organ scabbards. The voice is unconquerable and the sentiment is valiant.

“Fire In My Soul” is an immensely rich surge of emotion. It’s heartland rock, in the tradition of Bruce Hornsby & The Range or maybe Dave Matthews — a bit punchier and brawnier (no doubt) — but with the same blue-collar feel. This has honesty in its bones, a straightforward rock and roll swing and a blaze of valiance in its belly.

The melancholy “Whatever It Takes To Survive” is a song for our times. When you feel out-of-depth, this is the place to hide. Soak up the sultry chords and fabulously comforting arms of this encouraging hug.

On “I Will Not Fall” the Hammond interrelates with the guitars to form a tartan cloth of sound that complements the coils of the houndstooth rhythm. The voice may be careworn . . . though it provides strength — like taking a shot of maltworm & mabby for strength. And it’s also a very funkitized, This is juicy, like rooster and leek gumbo! And it simmers until Alan’s guitar sword strikes near the end… that’s when you know how much heartbreak went into this piece… and how much pain has been expunged in production. It’s a totally purifying number.

The prophetical, piano-led gospel ballad “When My Winter Comes” is cleansing and magically autumnal. The voice is substantive and the harmonies are glorious. This is a triumph.

This is a glorious album that brings together two blues rock champions, with a genuinely talented band, to impart an immeasurable experience to the listener. It has exceptional foresight. These numbers are healthy, prosperous, and honest. This is pragmatic rock for the jaded among us who need the salvation and redemptive antidote that only the rock can offer. Wonderful.

File alongside: Tom Petty and the Heartbreakers